The Dayclub portion of Marquee Nightclub & Dayclub opened in April 2011 with the celebration of supermodel Alessandra Ambrosio’s birthday and the parties continued with headline DJs throughout the spring and summer.  Marquee Dayclub will wrap up the season on Sunday, October 9 with a no-cover party featuring Australian electro-house DJ and Marquee resident Dirty South as part of the venue’s Columbus Day Weekend Music Marathon.

Throughout the spring and summer, Marquee Dayclub brought the energy and excitement of the nightclub to the outdoors, embracing sunny days of the Las Vegas Strip with a lavish, adults-only offering. Spanning 22,000 square feet of the expansive multi-level 60,000 square-foot David Rockwell-designed entertainment complex, the Dayclub boasts two pools, several bars and a gaming area, along with exclusive cabanas with infinity edge pools and bungalows complete with overnight quarters and open-air party decks.

Highlights of the inaugural Marquee Dayclub season include United We Play, the Memorial Day Weekend celebration with Above & Beyond, The Captains of Industry (Graham Funke and StoneRokk), Cedric Gervais, Chuckie, EC Twins, Fatboy Slim and Robbie Rivera. Labor Day Weekend was also a huge hit with Roger Sanchez and the EC Twins, Markus Schulz and EDX, Chuckie, along with the third and final installment of Fatboy Slim’s summer residency.

Pop star and X-Factor judge Nicole Scherzinger celebrated her birthday at the Dayclub, as did Glee star Mark Salling. Vanessa Minnillo said goodbye to her last days as a single woman at the hot spot. Other notable names taking in the scene at Marquee Dayclub this year include Rihanna, Paris and Nicky Hilton, Kelly Osbourne and more as well as sports stars such as Lebron James, Carmelo Anthony, Dwayne Wade and Michael Phelps.

Marquee Nightclub will continue to thrill club-goers throughout the fall and winter until next spring when Marquee Dayclub opens for the 2012 pool season. 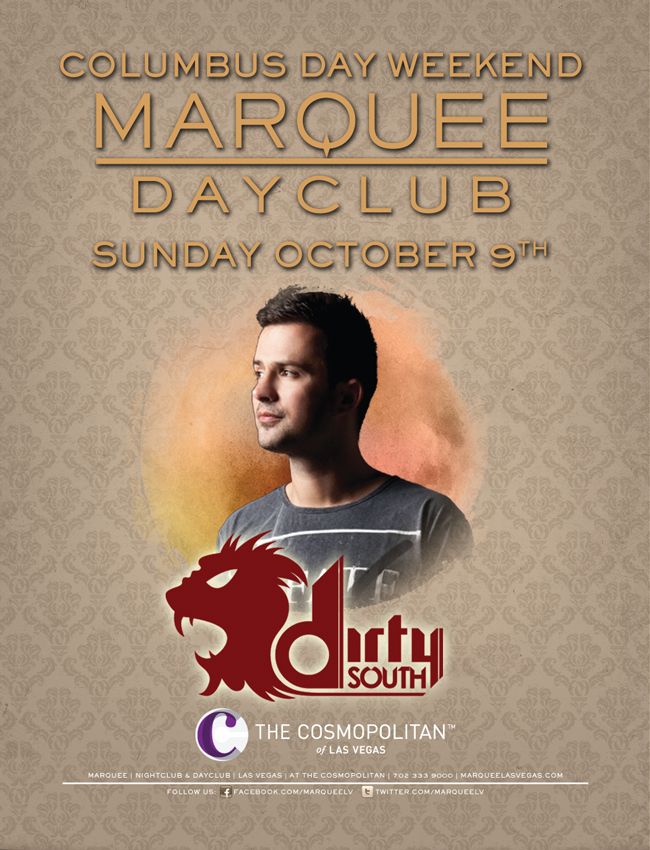