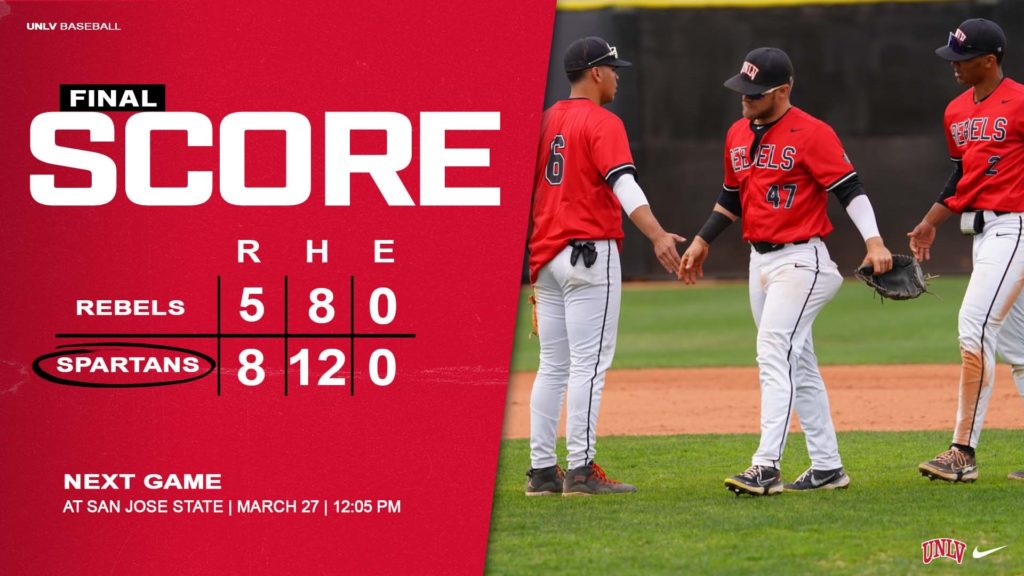 The last time the Scarlet & Gray was 7-0 in conference play was back in 1988 during their time in the Big West Conference.

REBEL OF THE GAME: Edarian Williams went 2-for-4 at the plate with two homers and three RBI for the Rebels.

TURNING POINT: The ballgame was tied 2-2 going into the bottom of the fourth frame, only for the Spartans to score three runs on two hits and take the lead.

Darren Jansen (3-1) earned his third win of the season after pitching 5.0 innings of relief, allowing only two runs on two hits and striking out four.

Troy Balko (0-2) was saddled with the loss after pitching 3.0 innings, allowing five runs off of seven hits and only three punchouts.

UP NEXT: UNLV will close out the three-game conference series against San Jose State Sunday at Excite Ballpark. First pitch is scheduled for 12:05 p.m.