UNLV men’s basketball to play Cardinals at 3 p.m. at the Thomas & Mack Center 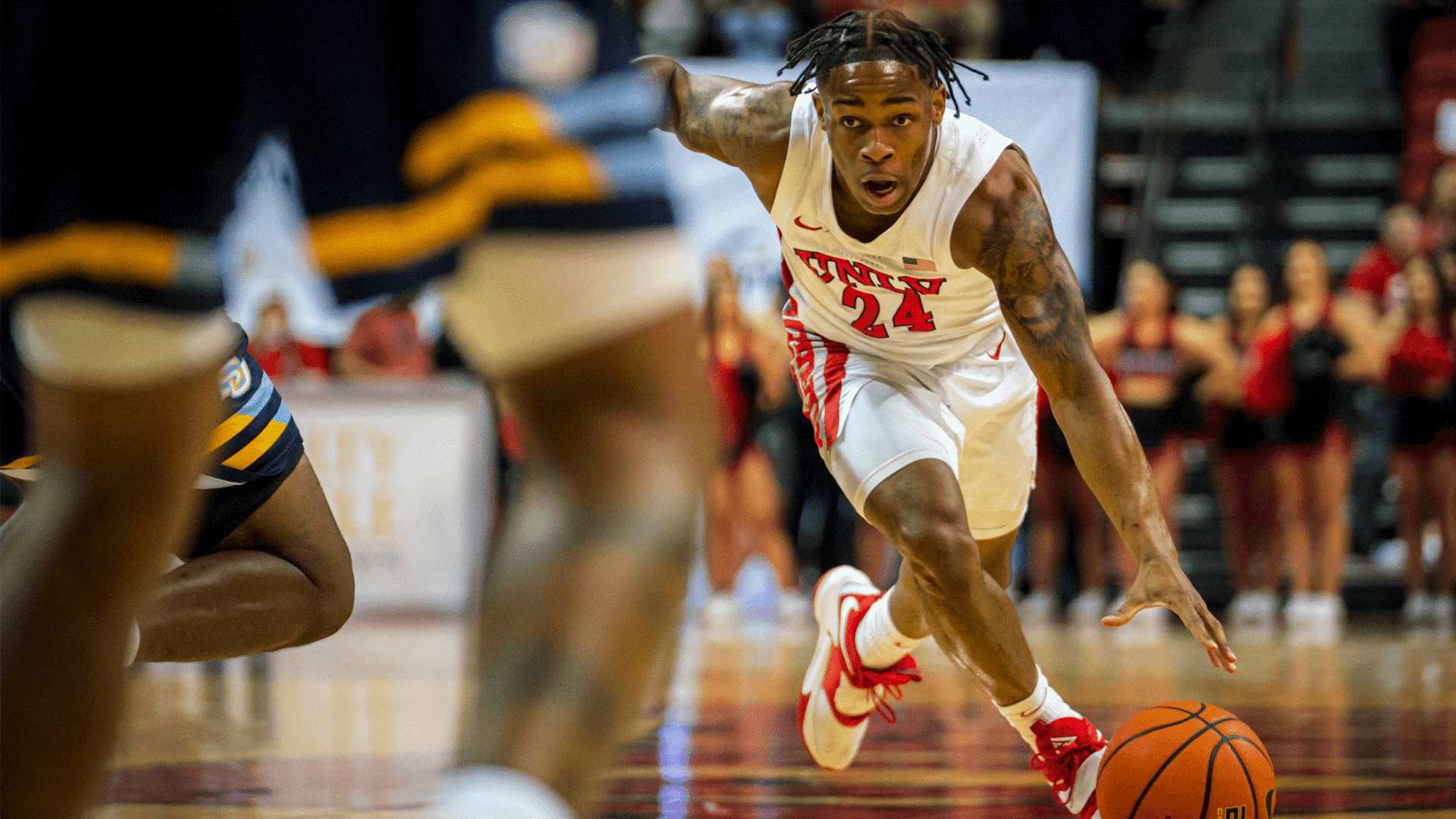 After opening the 2022-23 season with a 66-56 win over Southern at the Thomas & Mack Center on Monday night, the UNLV men’s basketball team has turned its attention to the second game of its season-opening four-game homestand. The Runnin’ Rebels will host Incarnate Word on Saturday, Nov. 12 at 3 p.m.

UNLV, which is in its second year under head coach Kevin Kruger, also has games scheduled next week at the Thomas & Mack Center, including a visit by No. 24 Dayton on Tuesday, Nov. 15.

LAST TIME OUT: In its season-opening win over Southern on Monday, UNLV was led by sophomore guard Keshon Gilbert’s career-high 13 points and forced 28 turnovers, which is the seventh most in the country so far this season. A total of 10 Runnin’ Rebels scored in the contest, including 11 by senior guard EJ Harkless, 10 from sophomore guard Jackie Johnson III and nine from senior guard Luis Rodriguez.

ABOUT THE OPPONENT: Incarnate Word opened the season with a 65-57 home loss to North Dakota on Monday night. The Cardinals recorded an overall record of 7-25 last season and finished eighth in the Southland Conference with a 3-11 mark. UIW was picked to finish 10th in the league standings this season in the preseason poll. 2021-22 Southland Student-Athlete of the year Josh Morgan, who is a 6-3 junior guard, returns for the Cardinals and is expected to be a key contributor again this season. He averaged 11.9 ppg and 2.7 rpg last season. 6-4 sophomore wing/guard Charlie Yoder also is expected to make an impact as he sets out to play his first full season for UIW since arriving on campus in January of 2021. In limited action last season, he scored 11.6 ppg with 5.5 rpg. The Cardinals have added eight newcomers with six freshmen and two transfers for this season. The program is led by head coach Dr. Carson Cunningham, who is in his fifth year as head coach at UIW with a career record at the Division I level of 31-86 (.265). He also was the head coach at NAIA Carroll from 2013-18 with a record of 107-52 (.673). The 16-man Incarnate Word roster only includes four upplerclassmen.

BROADCAST INFO: Saturday’s game will be broadcast on the Mountain West Network and the Silver State Sports & Entertainment Network (Digital 5.2 or Cox 125) with Matt Neverett and Steve Cofield calling the action. Jon Sandler, former Runnin’ Rebel Curtis Terry and Jon Von Tobel (sidelines) will handle the UNLV radio call, which may be heard live on ESPN Radio 1100 in Las Vegas. All streaming links and live stats are available at UNLVRebels.com and through the UNLV Rebels App.

LAST SEASON: The Runnin’ Rebels turned in a successful season in 2021-22, their first under head coach Kevin Kruger, winning 18 games, which marked the most for UNLV in four years. The team went 10-8 in Mountain West play, exceeding preseason expectations with a fifth-place finish in the league standings. With a revamped roster that included nine transfers, the team continually improved as the season progressed, advancing 43 spots in the KenPom ratings along the way. Under Kruger’s leadership, three UNLV individuals earned All-Mountain West accolades last season: Bryce Hamilton (First Team), Donovan Williams (Sixth Man of the Year) and Royce Hamm Jr. (Honorable Mention).