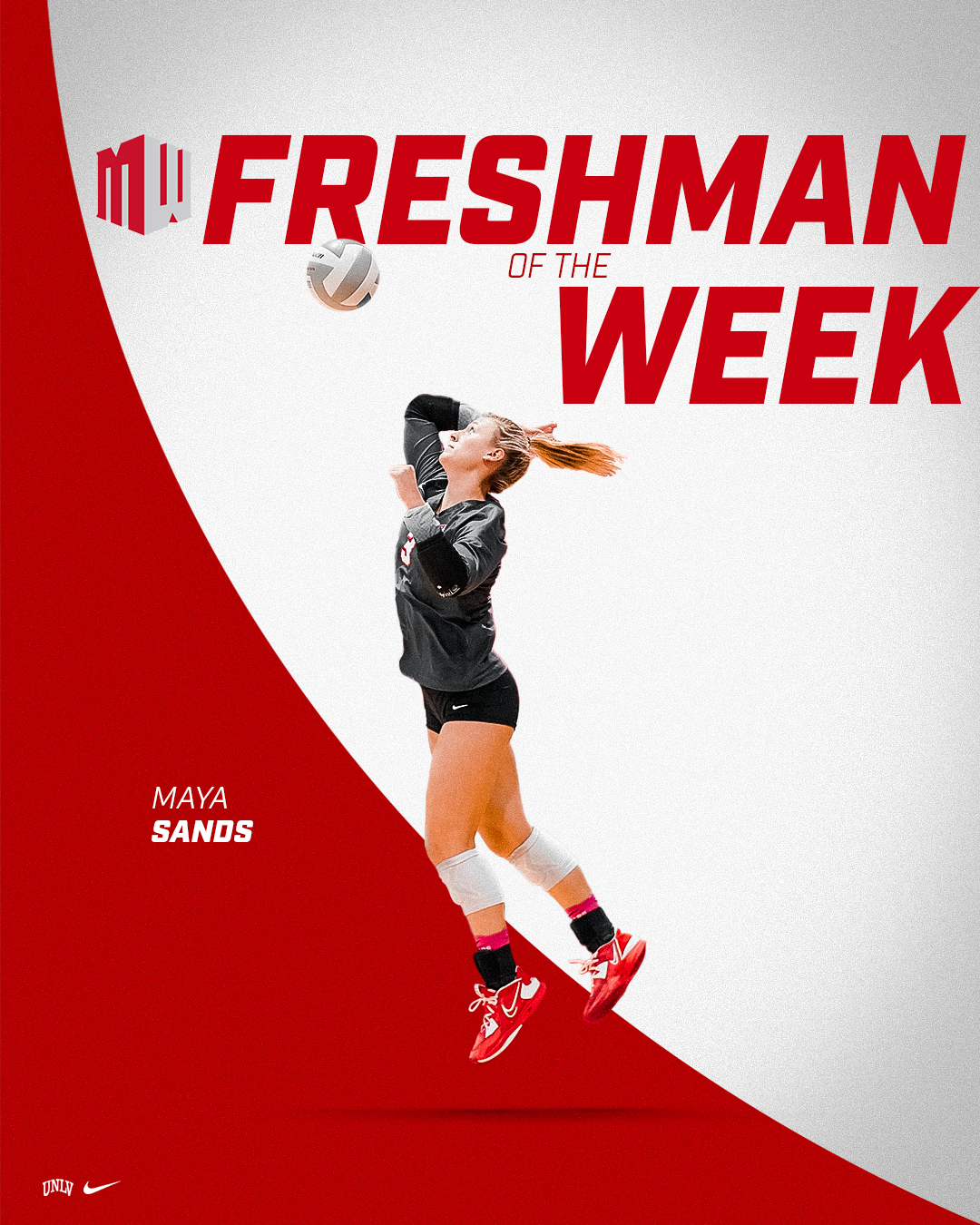 After helping the Rebels to its third consecutive 2-0 weekend in conference play, UNLV volleyball’s freshman Maya Sands was named the Mountain West Freshman of the Week for the second time this season, the league announced Monday.

Sands, a 5-7 libero from Rock Falls, Illinois, earned the weekly honors for the second time this season after helping the Scarlet & Gray to a 2-0 record in conference play over the weekend with 36 digs, six assists and one reception.

During Thursday night’s 3-2 win over Utah State, the Rock Falls High School graduate recorded a career-high and match-high 22 digs, five assists and one reception. Maya was also a key player for UNLV during Saturday afternoon’s sweep over Boise State with her 14 digs and one assist.

UP NEXT: The Rebels take on San Jose State Thursday, October 20 at 6:30 p.m. in Cox Pavilion, before hitting the road to Reno to play against UNR Saturday, October 22 at 1 p.m.

OTHER NEWS & NOTES
– Dating back to 2019, UNLV has gone 73-15 in its last 88 matches. The Rebels have won 16 of 19 matches this season and 42 of its last 51.
– UNLV returned eight letterwinners this season. Also returning to the squad from last season were Gabrielle Arretche-Ramos, Arien Fafard, Jordyn Freeman, Chloe Thomas, Isha Knight, Keyana Cruse, Dakota Quinlan, Livvy Setla, Isabel Martin and Thea Sweder. There are eight newcomers, which include three freshmen, a trio of transfers and a pair of graduate transfers.
– UNLV is led by fifth-year head coach Dawn Sullivan, who looks to guide her squad to the postseason for the fifth straight season.
– Junior Arien Fafard had her 1,000th career assist during the opening weekend of the Rebels’ 2022 campaign at UNT.
– The Rebels defeated No. 19 Kansas on September 10, 2022, making that the second win over a ranked team since 2016. The first being then No. 25 Washington State during the fall 2021 season at the Rebel Challenge (Sept. 4, 2021).