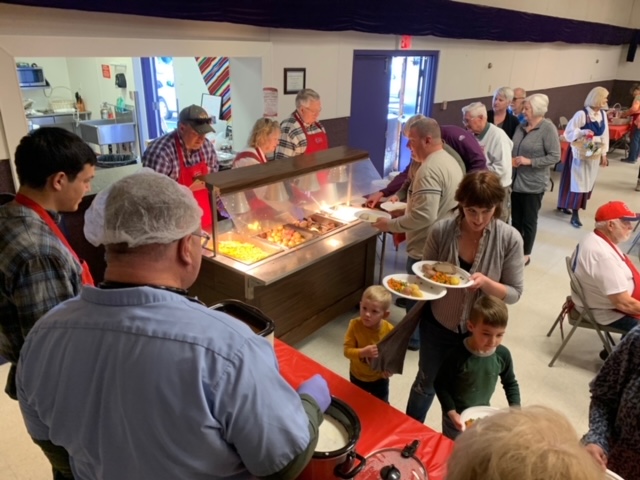 Time is running out to buy tickets for the popular 22nd Annual Lutefisk Dinner being hosted by the Vegas Viking Lodge of the Sons of Norway.

On the menu: Lutefisk with melted butter or white sauce, roasted pork, boiled potatoes, peas and carrots, lefse and Norwegian and other cookies. Aquavit, called the “water of life,” will be available at an open bar. Packets of lefse also will be sold to take home.

“This is a popular and fun social event each year for local Scandinavians,” said Karen Holien, president-elect of the Vegas Viking lodge. “Lutefisk, codfish soaked in and then drained of lye, has a reputation all its own. Some of us have grown to love it.”

Anyone wishing to purchase tickets should send a check, made out to Vegas Viking 6-152, to Gwen Knighton, 2156 Marstons Mills Ct., Henderson, NV 89044. Please include a self-addressed, stamped envelope and a note indicating the names of those attending, whether they are going at 2 or 5 p.m., and a telephone number and email address. For information, call (702) 869-5775. Tickets must be purchased in advance and are not available at the door.

Proceeds will benefit the Sons of Norway Vegas Viking Lodge, a non-profit organization formed in May 1992 to promote Norwegian heritage through a variety of special events featuring traditional and contemporary programs. The lodge also operates an annual scholarship program.

The Vegas Viking lodge of the Sons of Norway was organized in May 1992 and has been involved in a wide variety of special events featuring traditional and contemporary programs having a Norwegian-American flavor ever since. The non-profit organization is a fraternal benefit and cultural society dedicated to preserving Norwegian and Scandinavian heritage in North America and strengthening the ties between North America and modern Norway. The lodge is known for its popular annual lutefisk dinner, holiday bazaar and appearances at local parades and school functions.  The group meets monthly and has provided more than $30,000 in scholarships to local Norwegian-Americans in recent years and can be found at https://vegasviking.sofn6.org/ and on Facebook, Instagram (@VegasVikingLodge) and Twitter (@VegasVikingGang).