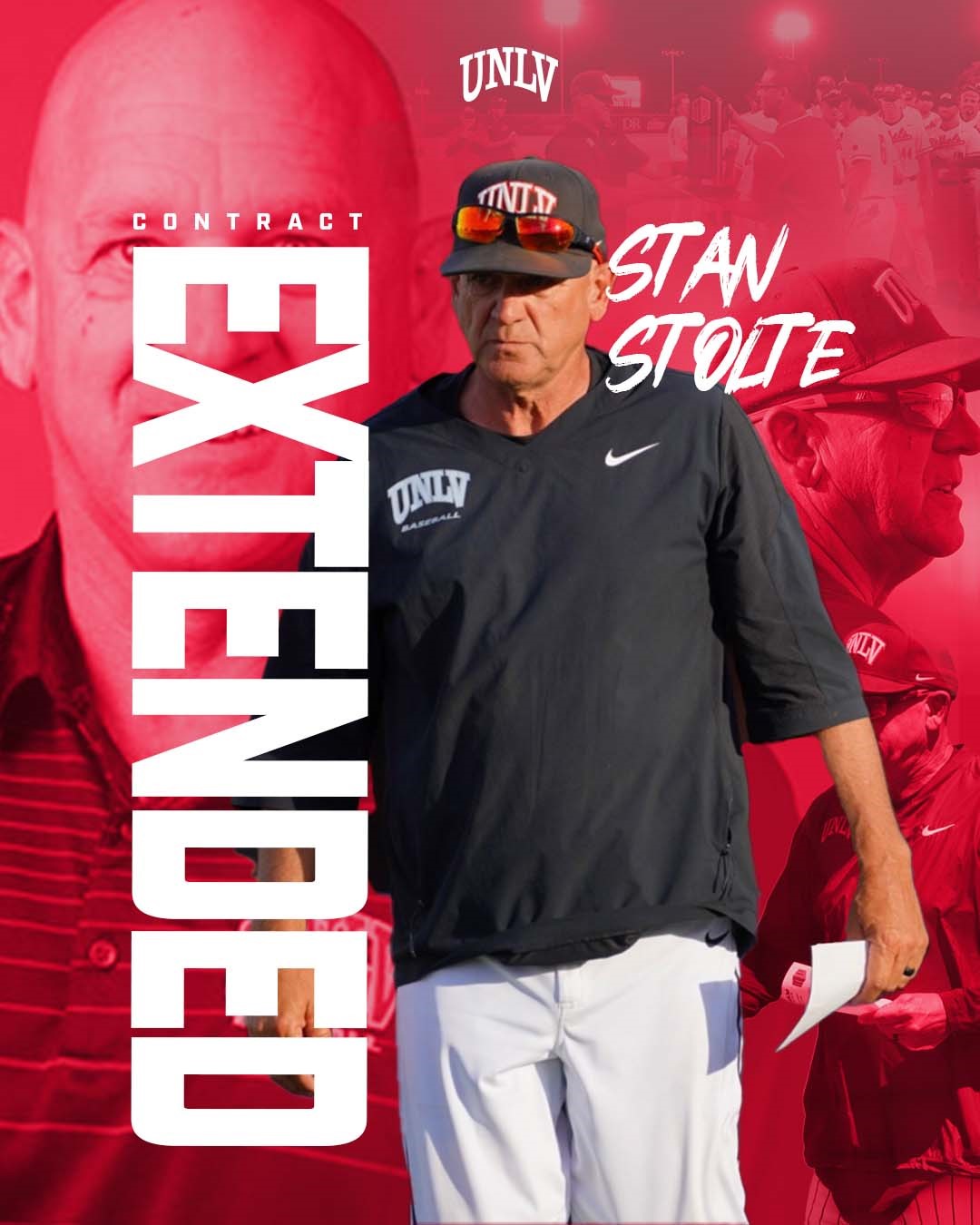 Stolte, who took over the program officially in 2016 after being tabbed as the interim head coach in December 2015, is now secured at UNLV through at least the 2026 season.

“There has been marked progress and accomplishments by our baseball program under Coach Stolte,” Harper said. “His team has excelled both on the field and in the classroom as evidenced by winning the 2022 Mountain West regular-season championship and earning numerous academic accolades. We look forward to the continued rise of the program in the years to come.”

During Stolte’s six years leading the program, UNLV has accumulated an overall record of 170-156 and has made four trips to the Mountain West Tournament. Academically, the Hustlin’ Rebels have won the American Baseball Coaches Association Team Academic Excellence Award for four consecutive years and achieved a 3.0 or higher semester team grade point average for eight semesters and counting.

“There are far too many people to thank for making this possible,” Stolte said. “I would like to personally thank my incredible coaching staff of Kevin Higgins, Cory Vanderhook and Chris Prescott, the administration, our support staff and our donors who have really put us in a good position. Thank you to the players who really bought into the program both on and off the field. They have helped us reach the level of competitiveness that we have come to expect every season as we continue to do things the right way.”

Following the Hustiin’ Rebels’ best start in conference play in program history (7-0), the team went on to win the 2022 regular-season title and Stolte was named the 2022 Mountain West Coach of the Year.

Stolte is the fourth baseball coach in UNLV history to win a MW regular-season championship and became just the second head coach to reach the 7-0 mark in conference. Under his tutelage during the 2022 campaign, UNLV led the MW and NCAA in hits with 713, doubles (144) and batting average (.331). The Rebels sat atop the conference in runs scored (530), RBI (488), slugging percentage (.521) and on-base percentage (.415).