REBELS HIT THE ROAD FOR LAST AWAY SERIES 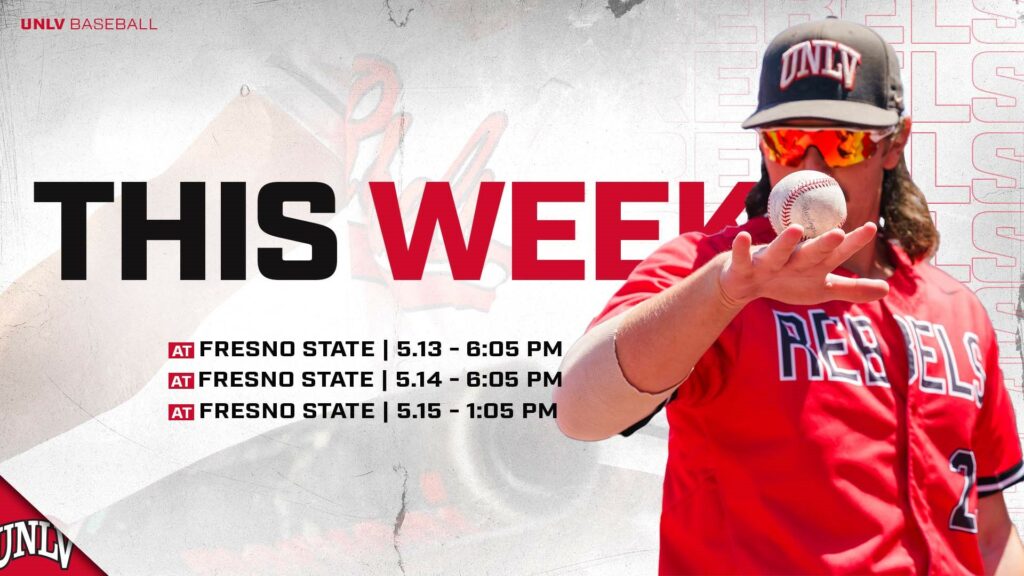 The Hustlin’ Rebels will hit the road for their final away series against Fresno State, beginning Friday at 6:05 p.m., at Bob Bennett Stadium.

HISTORICALLY SPEAKING
UNLV and Fresno State have squared off a total of 106 times, with the first meeting taking place in 1977. The Bulldogs own an 18-game lead in the all-time head-to-head series record and won the last series played between the two programs at Fresno State, 2-1, (W 13-2, L 6-5, L 12-2).

ON DECK
The Scarlet & Gray will return to Las Vegas and Earl E. Wilson for their final series of regular season against MW foes San Diego State, beginning Thursday, May 19 at 6:0