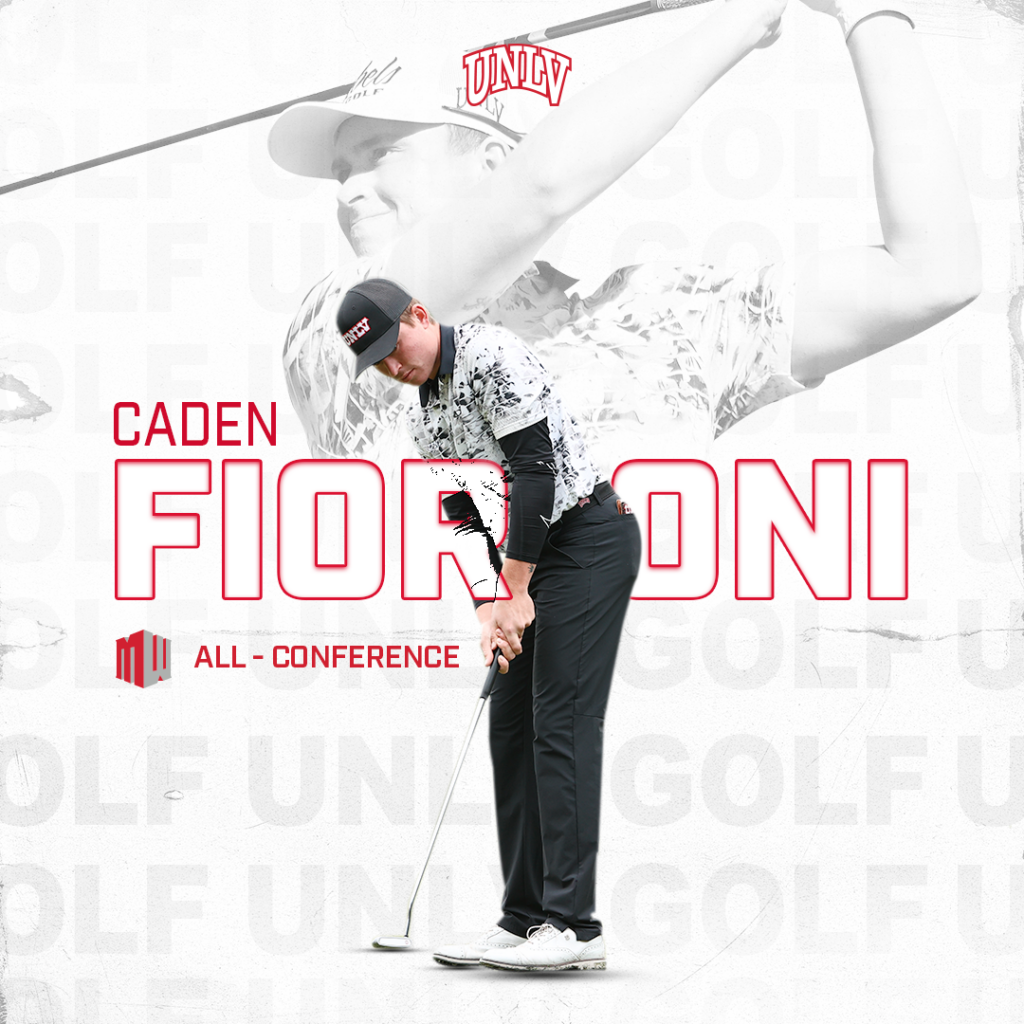 Fioroni, a San Diego, California, native, has had an impressive first season at UNLV after transferring from Pepperdine. One of the top players in the Mountain West this year, his 71.21 scoring average was fourth in the conference and had him ranked No. 77 overall in the country heading into next week’s NCAA Regionals. Fioroni has played in 33 rounds and recorded 131 birdies, eight eagles and 21 rounds at par or better – all team-bests.

The two-time Mountain West Player of the Week finished in the top 20 in eight of 11 tournaments this year, which included seven top-13 finishes and three top-10s. In his final regular season tournament at ASU’s Thunderbird Collegiate in April, Fioroni shot an 8-under 63 in the final round, tying the second-lowest single-round score in program history to finish in second at 12-under – both career bests.

Fioroni was selected as an individual qualifier at the NCAA Stockton Regional May 16-18 at The Reserve at Spanos Park, playing as the No. 1 seeded individual at the event.