REBELS TAKE ON SPARTANS THIS WEEKEND 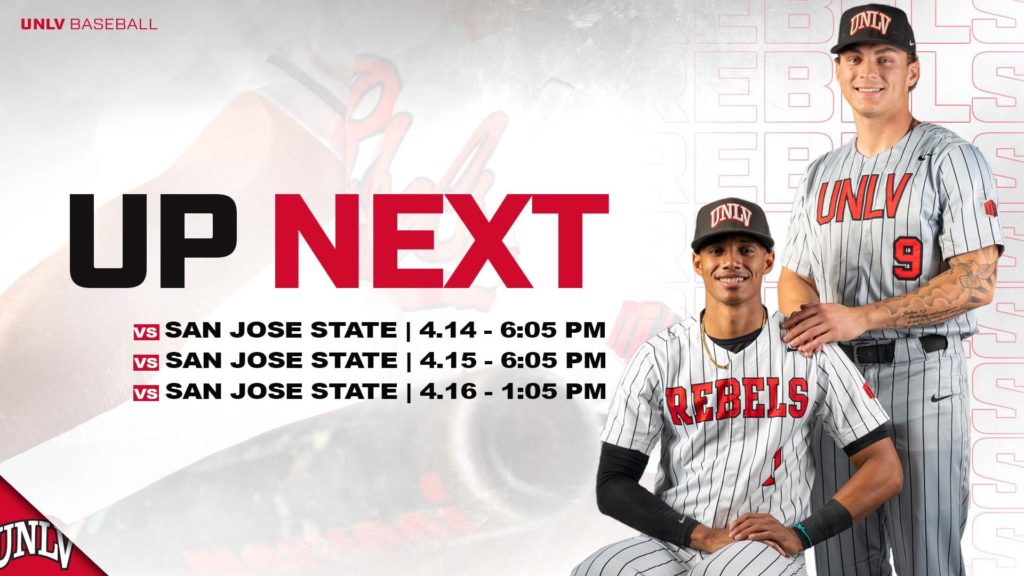 The UNLV baseball team will continue their 13-game homestand, Thursday, with a three-game conference series against San Jose State. First pitch is slated for 6:05 p.m.

PREVIOUSLY THIS SEASON
SJSU handed UNLV their first loss in conference play during the second game of the three-game series played at San Jose State, March 25-26. The Scarlet & Gray still came out with a series win (14-11, 5-8, 12-4). The Rebels still own the lead in the all-time head-to-head series, notching 46 wins to 34 losses.

ON DECK
UNLV will continue the three-game series against SJSU, Friday, with first pitch scheduled for 6:05 p.m.