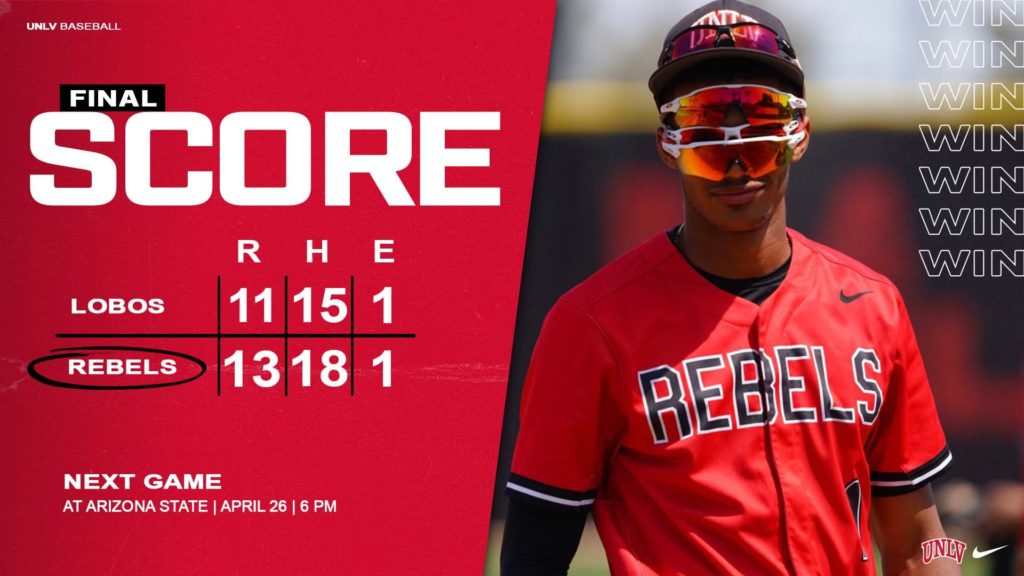 REBEL OF THE GAME: Hank Zeisler went 3-for-5 at the plate, with five RBI and two runs scored for the Rebels.

TURNING POINT: The Scarlet & Gray took the lead in the home frame of the first inning after scoring five runs on six hits and one error.

Troy Balko (S,3) earned his third save after going 2.2 innings of relief, allowing only two hits and four strikeouts.

Will Armbruester (0-2) was saddled with the loss after pitching 1.2 innings, allowing eight runs off of eight hits and only one strikeout.

UP NEXT: The Rebels will hit the road, for the first time since April 3, for a single-game contest against ASU at the Phoenix Municipal Stadium Tuesday night. First pitch is slated for 6 p.m.