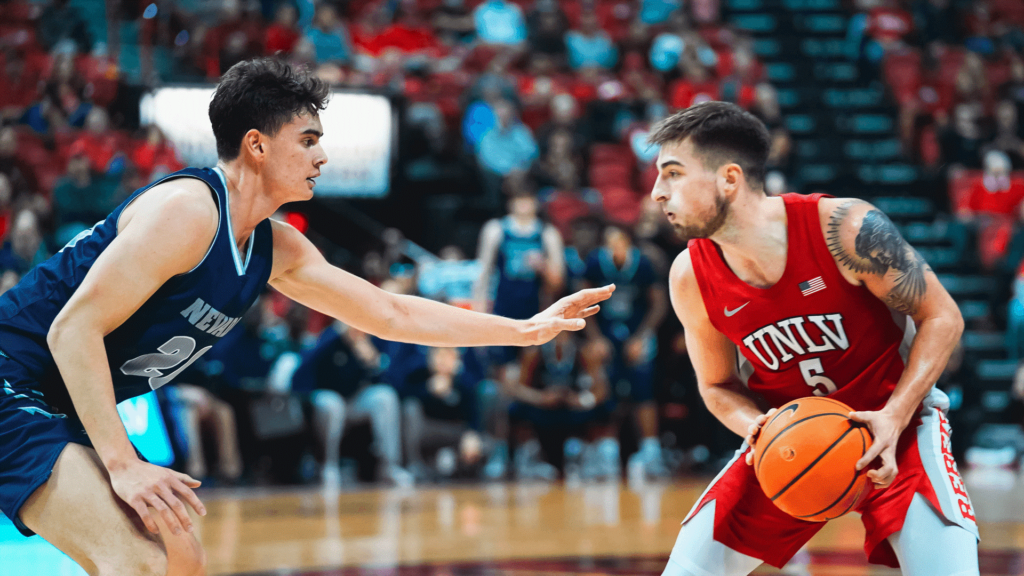 The UNLV men’s basketball team, winner of two straight games and five of its last seven, will head back out on the road and travel to Reno to play at UNR on Tuesday, Feb. 22 at 8 p.m. The game is part of the Silver State Series, presented by IBEW and Nevada Donor Network.

LAST TIME OUT: The Runnin’ Rebels recorded a regular-season sweep of Colorado State with a 72-51 blowout victory on Saturday at the Thomas & Mack Center. Senior guard Bryce Hamilton recorded his first double-double of the season with 20 points and 10 rebounds in the rout of the Rams, while senior guard Michael Nuga added 13 points and senior forward Royce Hamm Jr. secured 12 boards. UNLV held CSU to just 34.6% shooting (18 of 52), including 22.7% on 3-pointers (5 of 22). It marked the ninth time the Runnin’ Rebels have held their opponent to less than 35% on field goals this season as UNLV improved to 11-0 on the year when holding its opponent to less than 60 points.

THIS SEASON: Hamilton leads the Runnin’ Rebels (16-11, 8-6) in scoring this season at 21.5 points per game, which ranks first in the Mountain West and eighth in the nation. Williams is second on the team at 13.4 ppg and tops in field-goal percentage at 48.6. Hamm Jr. leads the team and is third in the MW in rebounding with 9.4 per contest (25th in the country) and is also averaging 8.4 ppg. McCabe leads the team in assists at 4.8 apg (fourth in the MW) and leads the conference and is fifth in the country in assist/turnover ratio (3.3).

BROADCAST INFO: Tuesday’s game will be televised nationally on CBS Sports Network with Alex Del Barrio and  Mike O’Donnell calling the action. Jon Sandler, former Runnin’ Rebel Curtis Terry and Steve Cofield (sidelines) will handle the UNLV radio call, which may be heard live on ESPN Radio 1100 in Las Vegas. All streaming links and live stats are available at UNLVRebels.com and through the UNLV Rebels App.