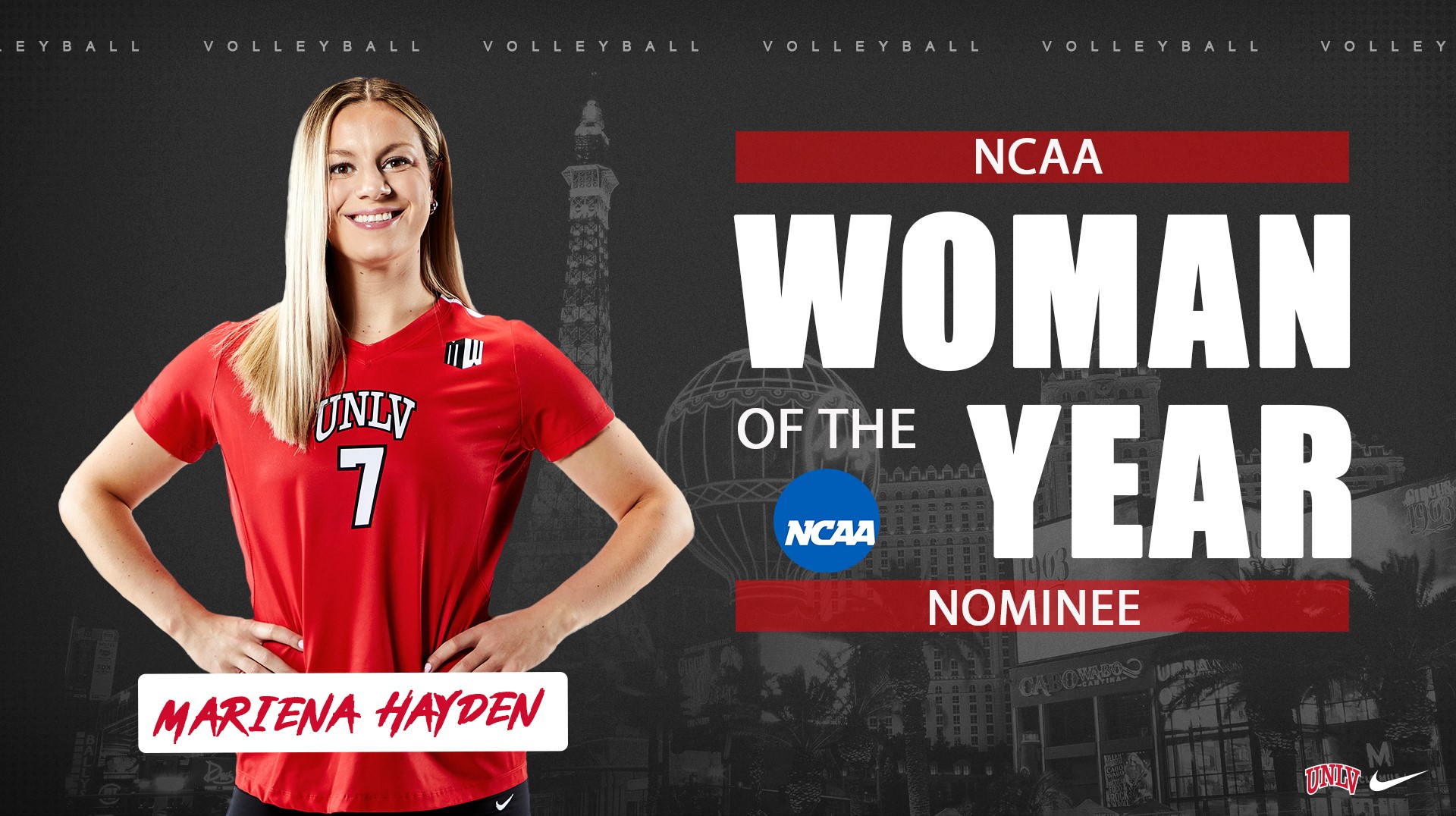 UNLV Volleyball’s Mariena Hayden is the athletics department’s nominee for the 2022 NCAA Woman of the Year Award, the national office announced Thursday.

To be eligible, the nominee must have competed and earned a varsity letter in an NCAA-sponsored sport and must have earned her undergraduate degree by Summer 2022.

Fewer than 600 scholar-athletes were nominated from a pool of 220,000 female participants across all levels of collegiate athletics.

The Belle Plaines, Minnesota native’s volunteering efforts include participating in a bed build for community members who are bedless with Sleep In Heavenly Peace, promoting literacy by reading to classrooms in the local school district for Nevada Reading Week, writing cards as part of an initiative for senior community members who are isolated away from family, participating in National Girls and Women in Sports Day Clinics, working with Las Vegas Rotary for the annual Santa Clothes Event and partnering with Team Impact for the 2020-21 season. She also volunteered her time as a clinician for Little Spikers Coaching Clinics and Rising Stars Sports Ranch.

Following university nominations, conference offices will then select their nominees for NCAA Woman of the Year. Each conference nominee will be notified by the NCAA, and all conference-round nominees will be announced on ncaa.org in August.

Conference nominations are forwarded to the NCAA Woman of the Year Selection Committee, which Identifies the top 10 honorees in each of the three NCAA divisions. From those 30 honorees, the selection committee then determines the three finalists in each division for a total of nine finalists. The Committee on Women’s Athletics will select the 2022 NCAA Woman of the Year from the nine finalists to be announced later this fall.