Hollywood’s hottest couple Melissa Rycroft and Tye Strickland hosted an ice skating party at The Venetian’s Winter in Venice this afternoon. The two traveled from Dallas, Texas celebrating the holiday season as well as their second wedding anniversary.
‪
It was a festive Saturday afternoon, as Melissa arrived to the white carpet dressed in a red chiffon top, Simon G earrings and David Lerner leggings paired with red high heels. Tye joined Melissa for photos as they stopped to meet and greet fans.

Melissa and Tye both agreed, “The Venetian is one of our favorite places to stay. Little did we know Winter in Venice is the perfect time to come!”

As soon as they saw the ice, it was “stilettos to skates” as Melissa ditched her red high heels for laced up ice skates just before joining Tye to greet the crowd wishing them all “Happy Holidays.” The two posed for photos on the ice with fans, skated around and tested out their ice skating moves.

After lots of spins and kisses on the ice, Melissa and Tye enjoyed a cup of the Winter in Venice hot chocolate from Cafe Presse as they checked out the holiday festivities. Melissa grabbed a Santa hat and Tye put on an elf hat as they were joined by the Winter in Venice holiday characters for some fun and festive photos. A stilt walker joked with Tye as he stole Melissa for a quick dance on Doge’s Palace bridge. Next, they headed over to check out the 65-foot holiday tree where Melissa told Tye, “Hah, I’m right there is a giant Christmas tree on the strip.”

Before heading inside, they made a quick stop to try some roasted chestnuts and cookie dough truffles from FIRST Food and Bar. The two ended their day relaxing and enjoying a signature holiday cocktail, Gondolier Blanco, at Laguna Champagne Bar.

The couple announced that they will have their first reality television show together which will debut in April. They have already begun filming and are very excited to share the upcoming holiday season with many.

Melissa mentioned, “Most people don’t associate the holidays with Vegas and it’s nice that we can start a new tradition and look forward to bringing Ava next year.” Tye added as he shared photos of his baby girl, “The holidays are about to change for us. It’s just been about us but now we have a little one and get to see it through her eyes.” 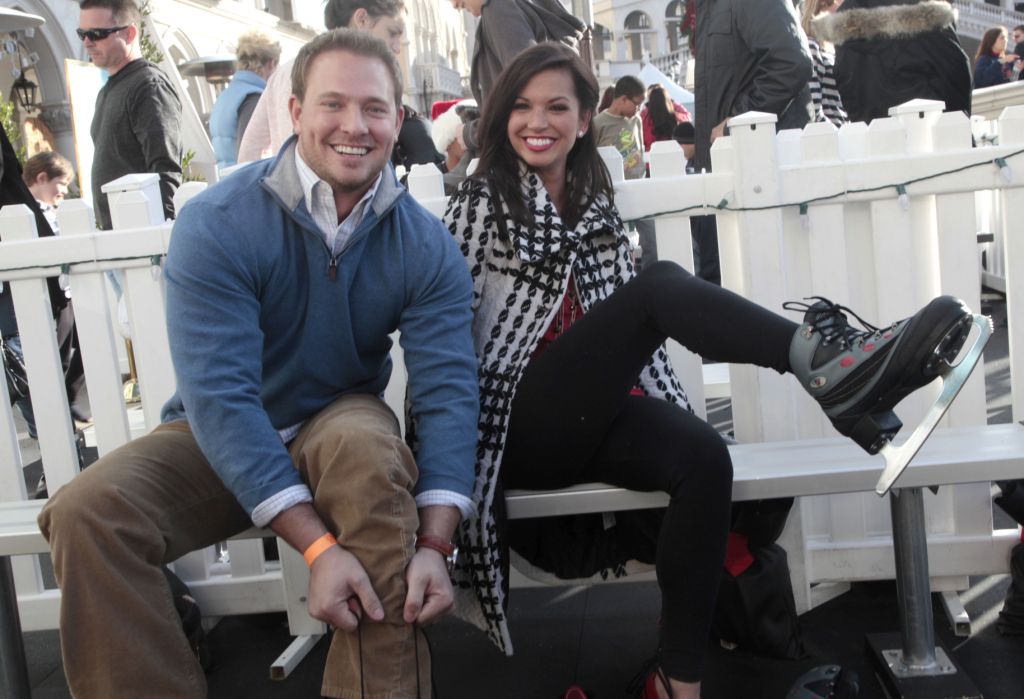 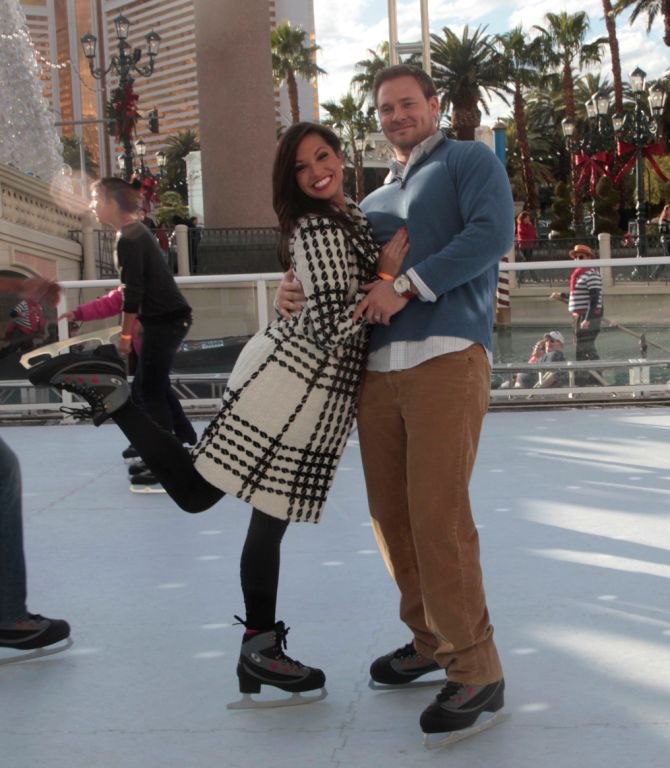 Melissa and Tye with hot chocolate 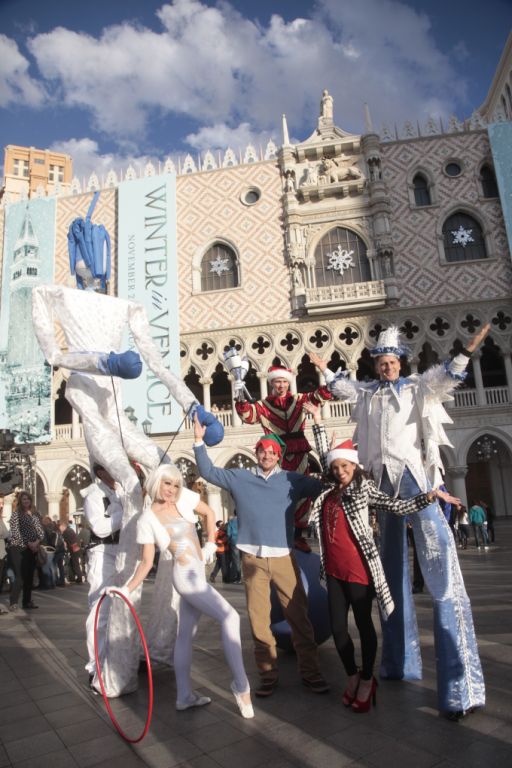 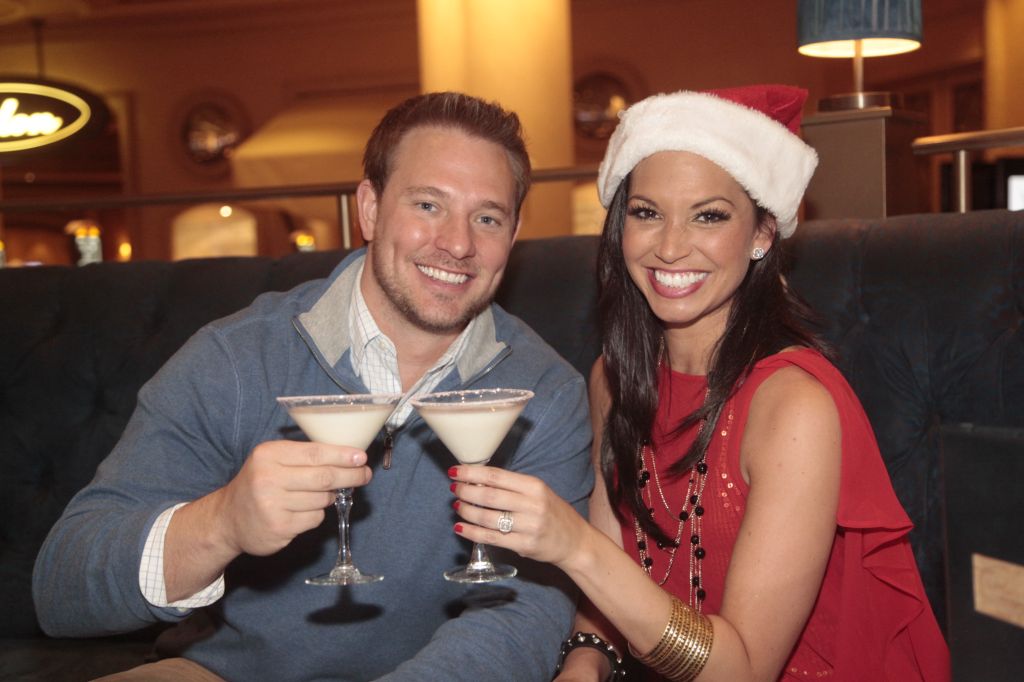 Melissa and Tye with drink