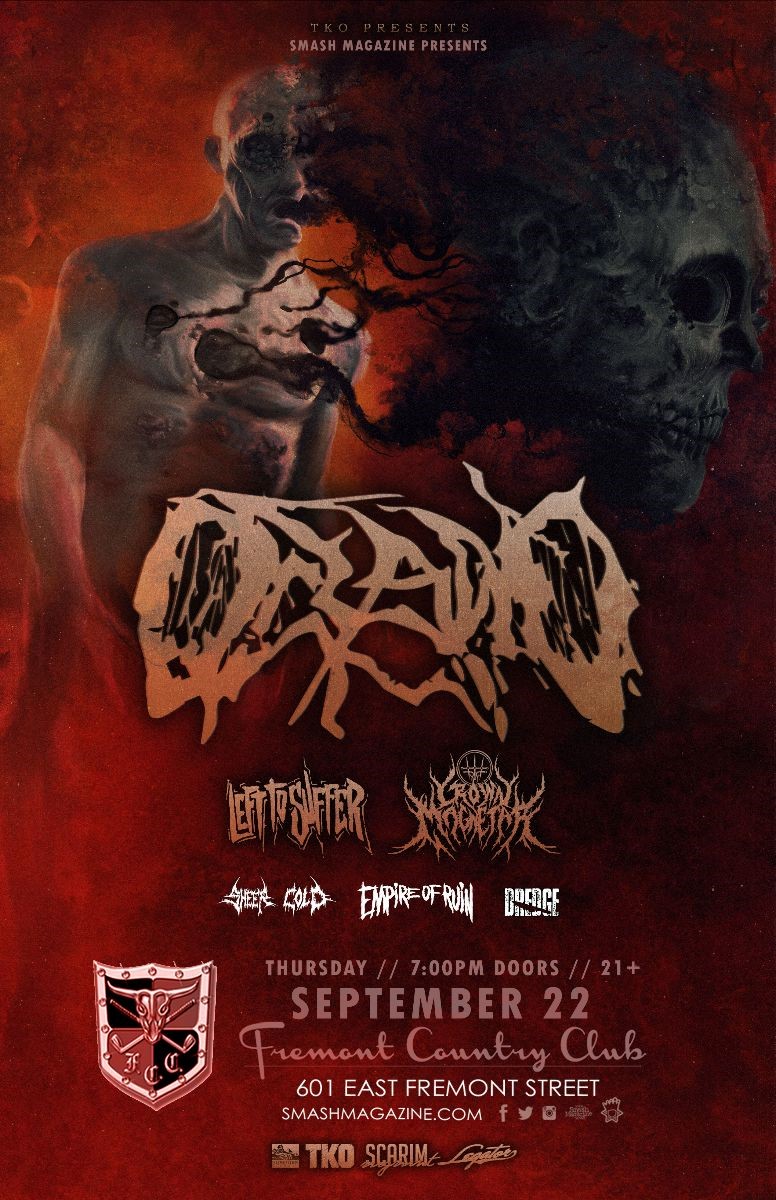 Renowned deathcore band Oceano is returning to Las Vegas for a special performance at Fremont Country Club (601 Fremont Street, Las Vegas, NV, 89101) in Downtown Las Vegas. Presented by Smash Magazine, the band will perform Thursday, Sept. 22, 2022, alongside special guests Left To Suffer and Crown Magnetar. Tickets start at $30 plus applicable fees and are on sale now. Tickets are available for purchase at www.smashmagazine.com or www.eventbrite.com.  Concert goers must be 21 years old or older to attend. Doors are at 7 p.m.

It sounds like the plot of a big budget summer blockbuster or an open-world video game. A faceless entity travels through time and bears witness to man’s effect on the Earth as celestial and eternal beings known as “The Ascendants” ponder whether or not to save the planet. This story powers Oceano’s fourth full-length album and first for Sumerian Records, Revelation. Picking up where 2015’s critically acclaimed Ascendants left off, the Illinois band—Adam Warren [lead vocals], Scott Smith [lead guitar], Chris Wagner [bass], and Andrew Holzbaur [drums]—expand their patented deathcore punch with intriguing atmospherics and a thought-provoking narrative that’s as deep as it is dark. Oceano ability to encode such a transmission within the framework of tight, taut, and technical heavy music remains a key to their success since 2006. Over the past decade, the group has ignited a diehard fan base. Ascendants would cumulatively amass over three million Spotify plays, while the quartet received features from Alternative Press, Metal Hammer, Metal Injection and more. They shared the stage on marathon tours with the likes of Suicide Silence, Whitechapel, Acacia Strain, and many others.