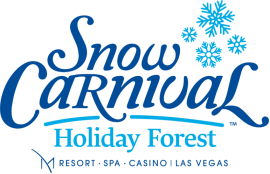 The uniquely immersive winter wonderland will run from
November 23, 2022 through January 8, 2023 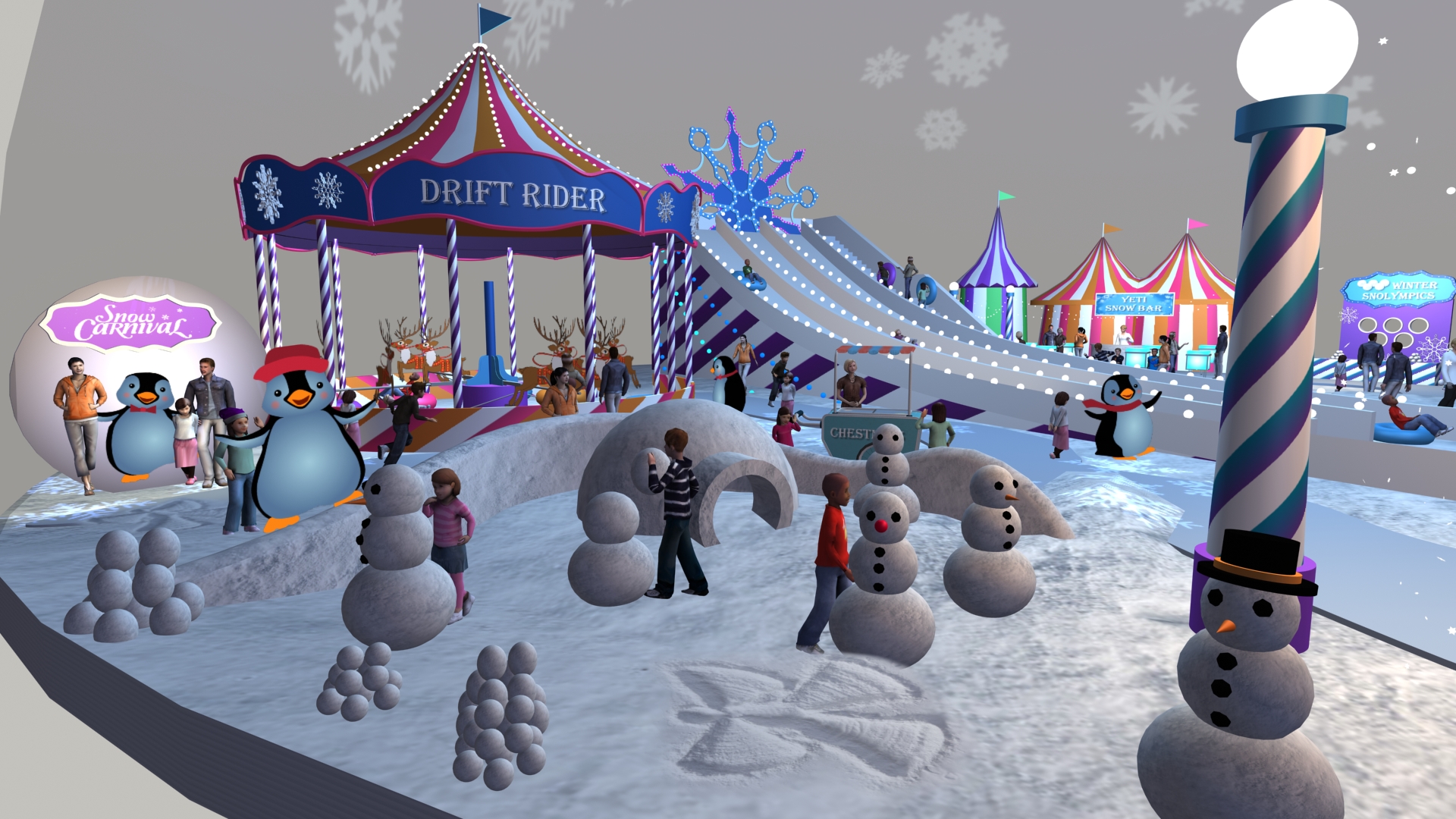 A gentle flurry of snowflakes will greet visitors as they are welcomed into a world of more than 350 tons of real snow both falling from above and coating the ground in an inviting blanket. To keep the magic of the picturesque winter wonderland alive, 50 tons of fresh snow will be added throughout the indoor Snow Carnival engagement each day. 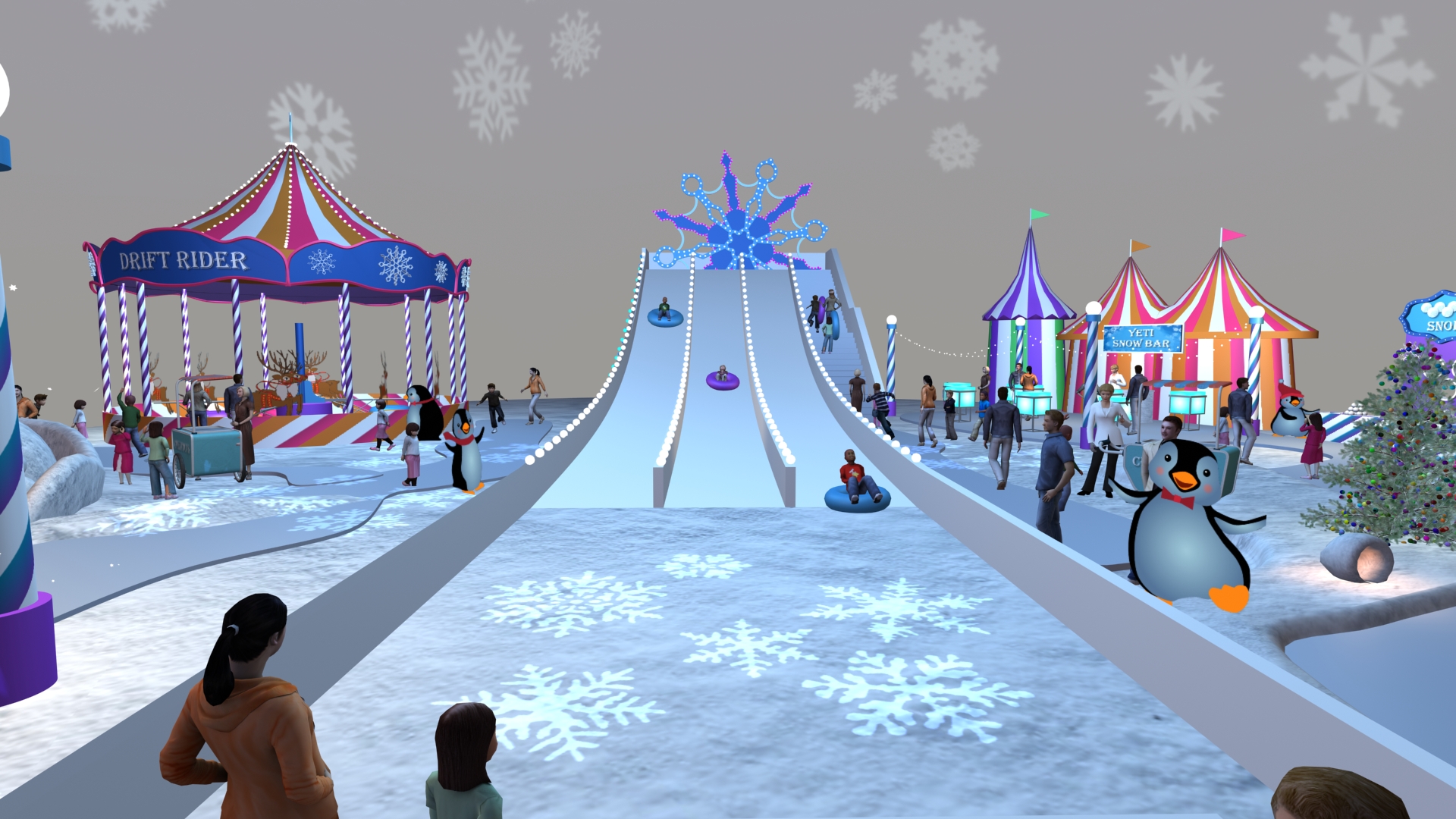 From snowball throwing to snowman building, this celebratory attraction will offer a variety of seasonal favorites. Coast down the snowy inclines of the “Mini Matterhorn” snow slide, visit the Candy Cane forest, or stop by a snow play area for winter games and more! Snow Carnival will create a storybook experience of exploration, wonder and fun for the entire family. 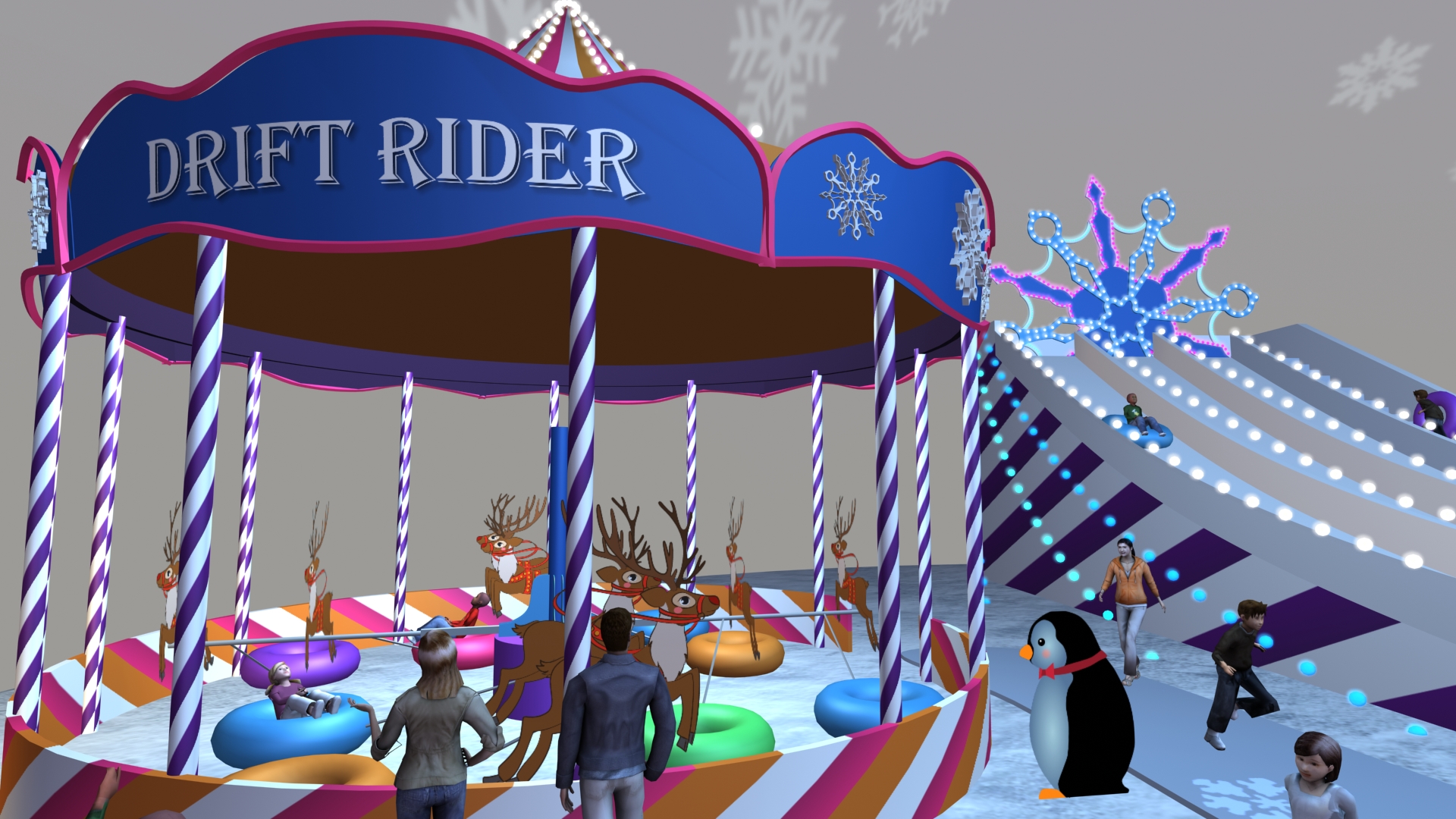 “Our goal in launching Snow Carnival in Las Vegas is to provide guests with a genuinely immersive, never-been-done winter-themed holiday celebration at one, world-class location,” said Haiping Ge, CEO and President of ISA. “We are thrilled to partner with M Resort to bring this unique snow-filled experience to the desert of Southern Nevada and showcase the bold creativity and exceptional, detailed quality that our attractions have become known for around the globe.”

“We wanted to bring a new and original holiday-themed attraction to this side of the Valley,” said Hussain Mahrous, Vice President and General Manager of M Resort. “We all love the holidays, and many remember the season covered with real snow. For those who either grew up with winter weather or want the chance to experience it right here in the desert, this is the perfect way to celebrate.”

Stirring the imagination and guests’ appetite for winter-themed delights, Snow Carnival will also offer wintery eats, treats, and drinks to pair with the season’s excitement. Snow Carnival will be open daily inside of the M Pavilion with select operating hours through January 8, 2023.

Tickets for the seasonal attraction will go on sale later this month. Snow-seekers and winter holiday lovers alike can visit snowcarnival.com to view a video and gather more information as it becomes available.
ABOUT M RESORT SPA CASINO:
M Resort Spa Casino, the Official Team Headquarters Hotel of the Las Vegas Raiders, is a Forbes Four-Star resort located on more than 90 acres on the southeast corner of St. Rose Parkway and Las Vegas Boulevard. Situated higher in elevation than other resort-casinos on the Las Vegas Strip, M Resort provides optimal views of the world-famous Las Vegas skyline from its guest rooms, suites, conference center, and restaurants. The resort offers 390 guest rooms and suites, over 92,000 square feet of gaming, nine restaurants, and bars, including the Raiders Tavern & Grill, the Forbes Four-Star Spa Mio, and a modern fitness center that overlooks the 100,000 square foot M Pool and events piazza area. M Resort is operated by PENN Entertainment.

International Special Attractions, Ltd. (ISA) was established in 1996 and over the past two decades has become a world leader in the production of large-scale special attractions, events and theatrical productions. ISA’s “The Ice Kingdom” attraction has been seen by more than six million people worldwide and has received universal praise and acclaim. In addition to “The Ice Kingdom,” ISA is the creator and producer of the larger-than-life attraction “Luminasia,” which features stunning internally lit lanterns depicting anything our clients can imagine. ISA was also the first company to produce Cirque Shanghai, which includes stunning, over-the-top acrobatic acts that were featured in venues such as the Navy Pier, Walt Disney World EPCOT, and Broadway. ISA clients have included The Walt Disney Company, Gaylord Entertainment, Navy Pier Chicago, The Queen Mary, The Washington State Fair, The LA County Fair, Herschend Family Entertainment, Busch Entertainment Corp and Six Flags, Inc. Featured television coverage has aired internationally on networks including NBC, CBS and ABC. With more than 25 years of experience, an office in the heart of Las Vegas, and a global network of affiliates, International Special Attractions, Ltd. is perfectly situated to offer exceptional quality, bold creativity and first-class execution.