The Fab Four: The Ultimate Tribute’ to Perform at
The Orleans Showroom on January 14-15 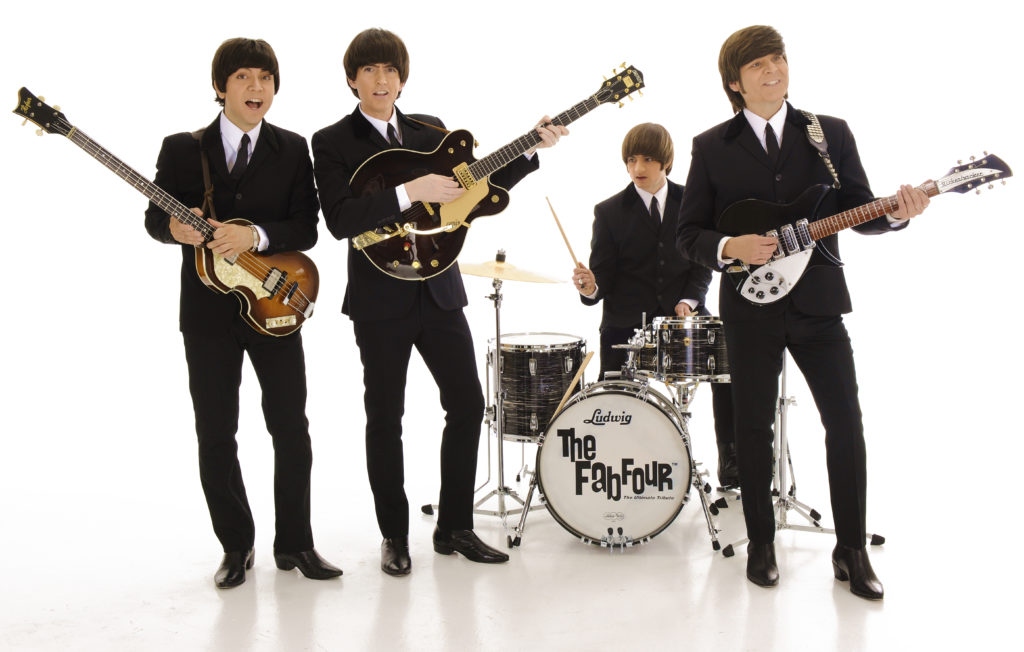 The Orleans Showroom will bring the Emmy Award-winning Beatles tribute group “The Fab Four: The Ultimate Tribute” to The Orleans Hotel and Casino on Friday, January 14 and Saturday, January 15.

For two decades, The Fab Four has paid tribute to The Beatles by replicating the band’s iconic style and legendary sounds. Early in their career, the tribute band began playing The Beatles’ music throughout southern California and went on to perform for audiences around the world, including in Japan, Malaysia, Australia, France, Hong Kong, the U.K., Germany, Mexico and Brazil.

The Fab Four continues to win over fans with their exceptional renditions of The Beatles’ songs. The tribute group has released three albums and has made several notable performances on shows like “Entertainment Tonight” and “Good Morning America.” In 2012, The Fab Four was featured in their own PBS special, for which they won an Emmy Award.

The show will feature The Beatle’s chart-topping hits, including “Can’t Buy Me Love,” “Yesterday,” “A Day In The Life,” “Twist And Shout,” “Here Comes The Sun,” “Hey Jude” and more. Audiences will be taken back to Beatlemania as The Fab Four brings the Beatles’ spectacular performances and unique costumes to the stage.

Showtime is 8 p.m. on both show dates (Friday, January 14 and Saturday, January 15). Tickets start at $29.95 plus tax and fees, and can be purchased by calling Ticketmaster at 800-745-3000; online at www.orleanscasino.com; or in-person at The Orleans. Tickets may also be purchased the day of the show (depending upon availability) at the venue box office.

About The Orleans Hotel and Casino
Located just minutes from the world-famous Las Vegas Strip, The Orleans Hotel and Casino is a Boyd Gaming casino resort featuring more than 1,800 newly renovated guest rooms and suites and a diverse selection of remarkable dining experiences. The Orleans offers a rich resort experience with exceptional dining experiences, like Alder & Birch Cocktails and Dining, Ondori Asian Kitchen and Bailiwick. The casino floor features all the hottest new slot machines and table games, including Blackjack, Roulette, Baccarat and more. Additional amenities include a 52-lane bowling alley, an 18-screen movie theater, a spa, a poker room, a keno lounge, and a race and sports book. More information on The Orleans Hotel and Casino can be found at www.orleanscasino.com, on Facebook and Twitter. The Orleans Hotel and Casino is a property of Boyd Gaming. Founded in 1975, Boyd Gaming Corporation (NYSE: BYD) is a leading geographically diversified operator of 28 gaming entertainment properties in 10 states. With one of the most experienced leadership teams in the casino industry, Boyd Gaming prides itself on offering its guests an outstanding entertainment experience, delivered with unwavering attention to customer service. For additional Company information and press releases, visit www.boydgaming.com.