The Neon Museum announces Artist in Residence Gabriel Barcia-Colombo’s Exhibition “Simulations of the Sacred” opens to the public, Feb. 11 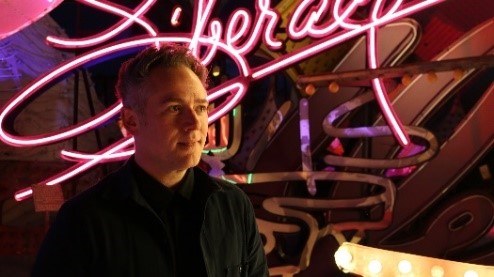 The Neon Museum announced its Artist in Residence, Gabriel Barcia-Colombo, will debut his exhibition “Simulations of the Sacred” to the public on Friday, Feb. 11. Located at Juhl Las Vegas, the exhibition will bring together digital technology, neon, and Mexican folk art to explore themes of reality, technology, and memorialization, creating a series of sculptures inspired by the signs in the Neon Museum’s collection. 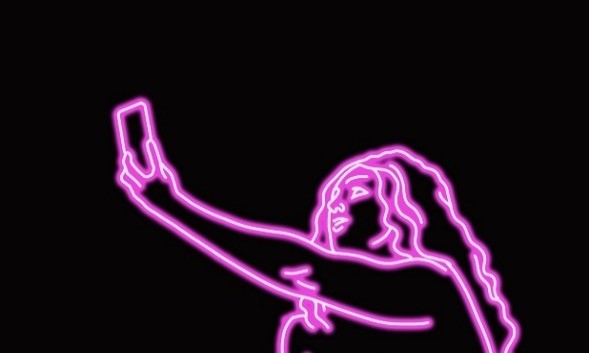 The exhibition will incorporate digital Nicho boxes, three-dimensional shadow boxes traditionally serving as altars to loved ones or honoring patron saints, which Barcia-Colombo will use to expand his repertoire of video portraiture to include Las Vegas locals reinterpreted as Sin City Saints. The exhibit will also feature slot machine oracles and neon reliquaries that celebrate the unique and hyperreal nature of Las Vegas.

“It is very exciting to experience Gabe’s interpretation of how technology changes our perceptions of reality in a new artistic medium for him, but one that has a long history in our city: neon,” said Aaron Berger, executive director of The Neon Museum. “These works start conversations and allow viewers to revel in their craftsmanship, creativity, and messaging. The pieces are thoroughly engaging.”

“My work is often about collecting and capturing memories through digital media, creating simulations of a memory, or collecting video portraits as a form of living memorial,” stated Barcia-Colombo. “We live in a sort of hyperreality through technology, media, and digital spaces that question our perceptions of truth, memory and history. How does technology change our perception of reality? What sort of digital relics will we leave behind? Does an actual in-person experience matter, or is the documentation of an experience equally valid? In this show, I use neon to explore these questions as well as the icons, technology, and sacred saints of Vegas through a series of video sculptures, interactive installations, shrines and oracles.”

The Neon Museum Artist in Residence program is made possible by presenting sponsor The Cosmopolitan of Las Vegas with additional support provided by the Juhl and by the Nevada Arts Council, a state agency that receives support from the National Endowment for the Arts and the state of Nevada.

“The Cosmopolitan of Las Vegas is proud to collaborate with The Neon Museum on its Artist in Residence program,” said Daniel Espino, Chief People Officer at The Cosmopolitan of Las Vegas. “For more than a decade, the resort has presented fresh and innovative art that sparks imagination and invites discovery as guests walk through our doors. We are thrilled to continue partnering with like-minded artists who share the same appreciation of art and make an imprint on our city.”

Gabriel Barcia-Colombo is a mixed media artist whose work focuses on collections, memorialization, and the act of leaving one’s digital imprint for the next generation. His work takes the form of video sculptures, immersive performances, large scale projections and vending machines that sell human DNA. His work plays upon this modern exigency in our culture to chronicle, preserve and wax nostalgic, an idea which Barcia-Colombo renders visually by “collecting” human portraits on video.

Barcia-Colombo was commissioned to be the first digital artist to show work at the New Fulton Terminal Stop with the MTA Arts & Design program in New York City. His work has been featured in the Volta, Scope, and Art Mrkt art fairs, Victoria & Albert Museum as well as Grand Central Terminal and the New York Public Library. He received an Art and Technology grant from the Los Angeles County Museum of Art where he created “The Hereafter Institute” that questions the future of death rituals and memorials and their relationship to technology and is part of the museum’s permanent collection.

Barcia-Colombo served on the artist advisory board at the New York Foundation for the Arts, as well as the education committee member at the Museum of Art and Design. In 2012, he gave a TED talk entitled “Capturing Memories in Video Art,” and in 2014 he gave another entitled “My DNA Vending Machine” and was awarded a Senior TED fellowship. He is a New York Foundation for the Arts grant awardee, a 2021 recipient of the Brown Institute Fellowship at Columbia University, and Associate Arts Professor at the Interactive Telecommunications Program at New York University’s Tisch School of the Arts.

ABOUT THE NEON MUSEUM:

Founded in 1996, The Neon Museum is a non-profit 501(c)3 organization dedicated to collecting, preserving, studying, and exhibiting iconic Las Vegas signs for educational, historic, arts and cultural enrichment. It has been ranked No. 1 in Las Vegas Weekly’s list of “Twenty Greatest Attractions in Las Vegas History,” Nevada’s “Best Museum” by MSN, one of the 10 best museums in Las Vegas by USA Today’s 10best.com, “One of the Top 10 Coolest Things You Didn’t Know You Could Do” by Forbes.com, one of the “Top 10 Historic Spots in Las Vegas” by Vegas.com; one of “15 Most Fascinating Museums in the U.S.” by VacationIdea.com; and earns a consistent 4.5 out of 5 rating on TripAdvisor. On its 2.27-acre campus, The Neon Museum has an outdoor exhibition space known as the Neon Boneyard (“boneyard” is traditionally the name for an area where items no longer in use are stored); the North Gallery, home to the immersive audiovisual experience “Brilliant!” which uses technology to re-illuminate more than 40 non-operational signs; the Boulevard Gallery outdoor exhibit and event space; and its visitors’ center inside the former La Concha Motel lobby. The museum collection also includes nine restored signs installed as public art in downtown Las Vegas. Public education, outreach, research, and arts preservation represent a selection of the museum’s ongoing projects. For more information, including tour schedules and tickets, visit www.neonmuseum.org. Also follow @NeonMuseum on Facebook and Twitter and @theneonmuseumlasvegas on Instagram.