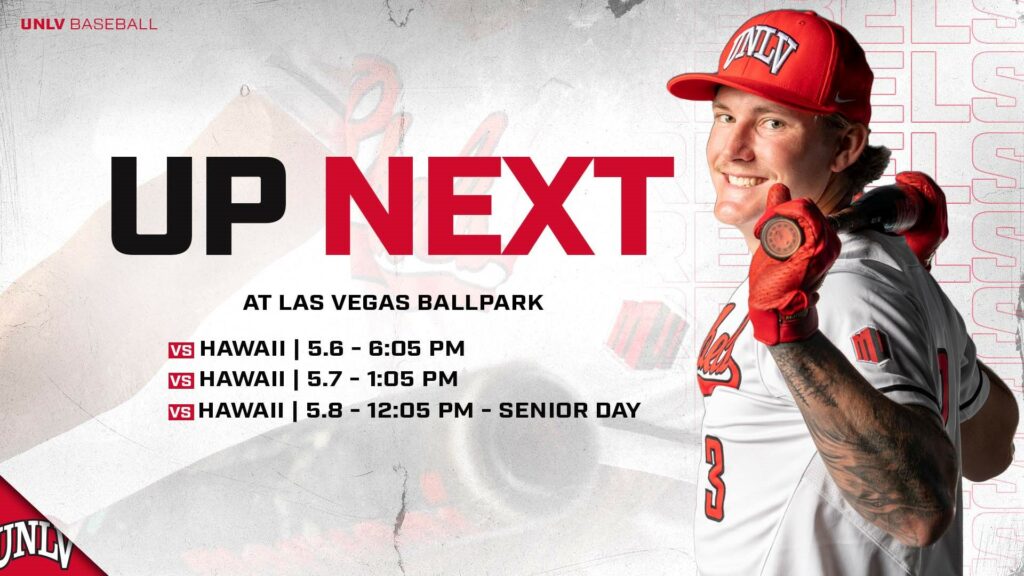 The Hustlin’ Rebels will return to the Las Vegas Ballpark in downtown Summerlin for a three-game series against Hawaii beginning Friday at 6:05 p.m.

PREVIOUSLY THIS SEASON
UNLV played a single-game contest against Hawaii in San Diego at Tony Gwynn Stadium, Feb. 26, and bested the Rainbow Warriors, 9-3.

ON DECK
The Scarlet & Gray will hit the road for their last regular season away series against MW foes Fresno State beginning Friday night at 6:05 p.m.

BACK AT THE EARL: The Rebels will return to Las Vegas and Earl E. Wilson Stadium for their final regular season series against San Diego State, beginning Thursday, May 19, at 6:05 p.m.