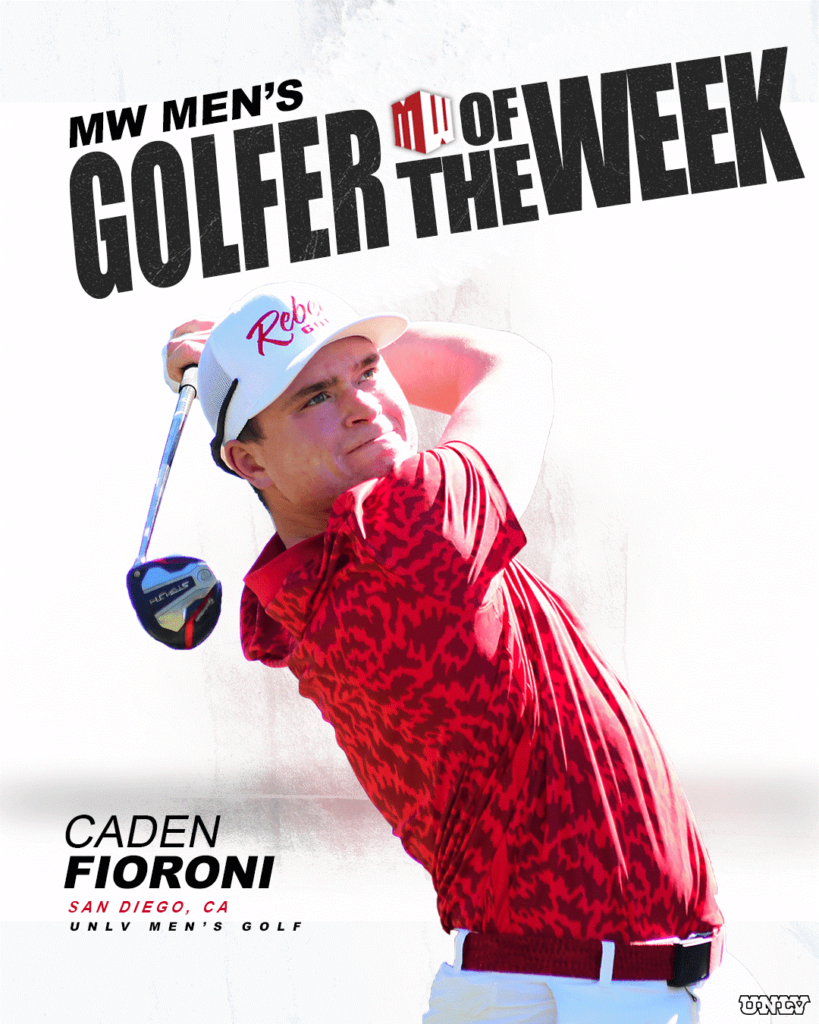 It is Fioroni’s second career conference honor in his first season with the Rebels.

The sophomore from San Diego shot a career-low 8-under 63 during the final round of Arizona State’s Thunderbird Collegiate and finished in a tie for second at the event (career-low 12-under 201). He sank six birdies and had an eagle during his bogey-free round, which tied for the second-lowest single-round score in program history.

At one point on the tournament’s final day, Fioroni surged into a tie atop the leaderboard. The tie for second marked his best finish of the year, was his fifth in the top 15 this season and marked his third in the top 10. The event featured five teams ranked in Golfstat’s top seven.

UP NEXT: The Rebels will head to Washington this week to compete at the 2022 Mountain West Championship, scheduled for April 29-May 1 at Gold Mountain Golf Club in Bremerton.