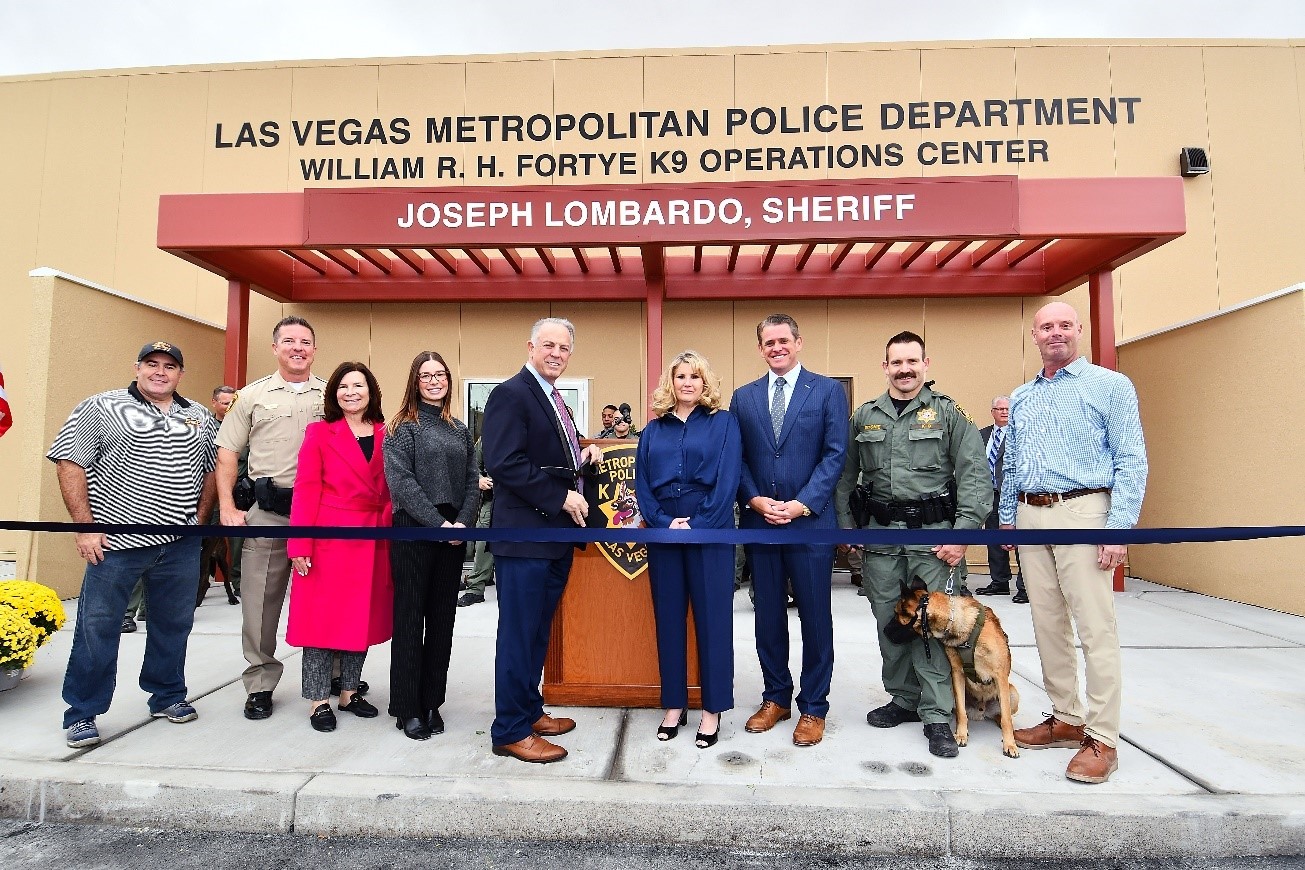 The ribbon cutting ceremony was led by Sheriff Joseph Lombardo, Lieutenant Jeff Clark of the Las Vegas Metropolitan Police Department K-9 Section and Ryan Growney, general manager of South Point Hotel, Casino & Spa. Sheriff Joe Lombardo shared his excitement for the new, state-of-the-art facility and thanked Michael Gaughan and the South Point team for their generosity. In a surprise for the Gaughan family, Lt. Clark revealed that the newest member of the K-9 force will be named Mr. G, in honor of Michael Gaughan’s nickname, given to him by his friends in the United States Air Force. Sheriff Lombardo also revealed the official name of the building, William Fortye K-9 Operations Center, named in honor of Patrolman William Fortye, the force’s only fallen K-9 officer. Tracy Myers, Officer Fortye’s daughter, also paid tribute and shared memories of her father during the ceremony. 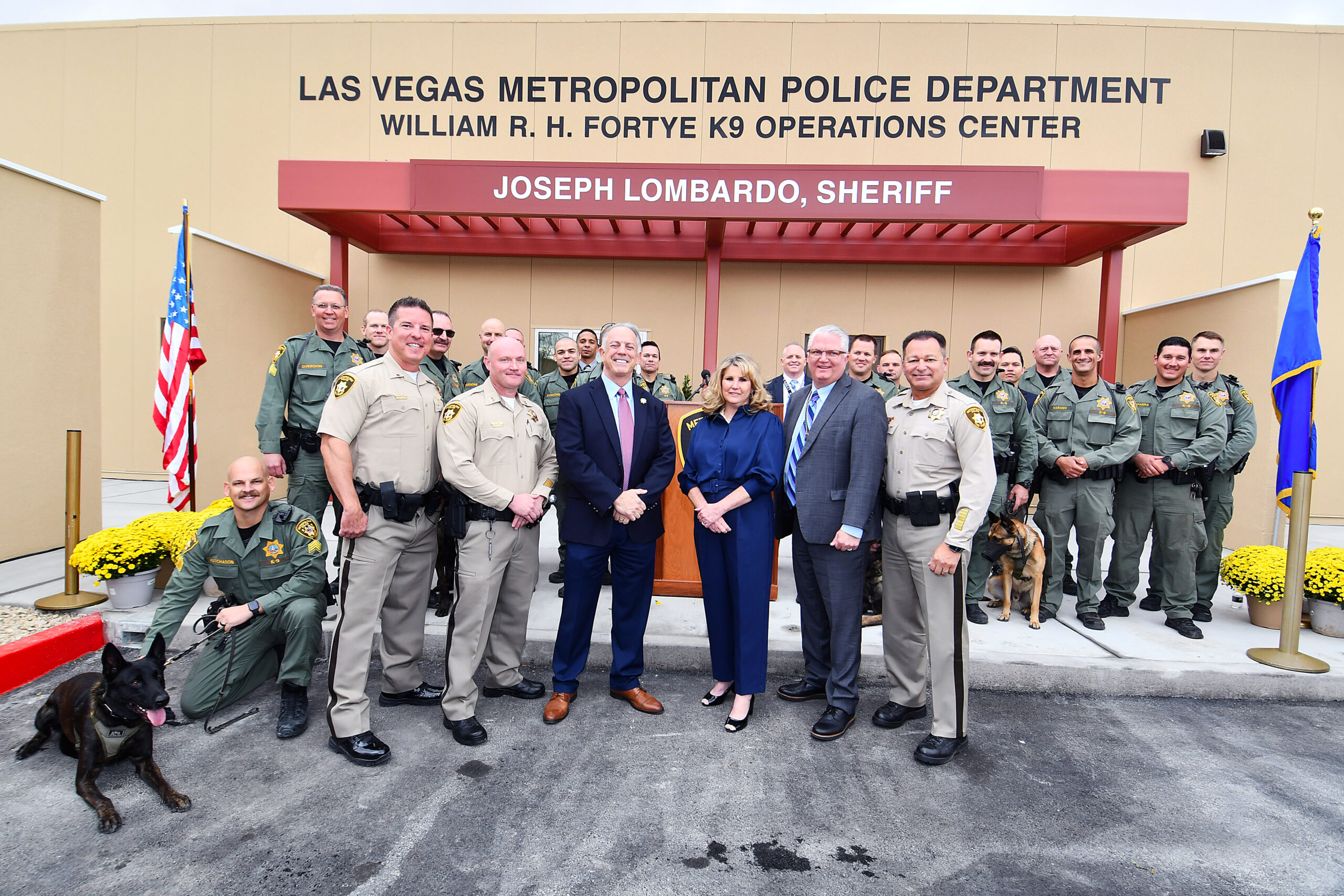 “Our mission at LVMPD is to provide exceptional police services in partnership with the community. And this donation by Michael Gaughan is a concrete example of how we can all work together to keep our community safer,” said Sheriff Lombardo. 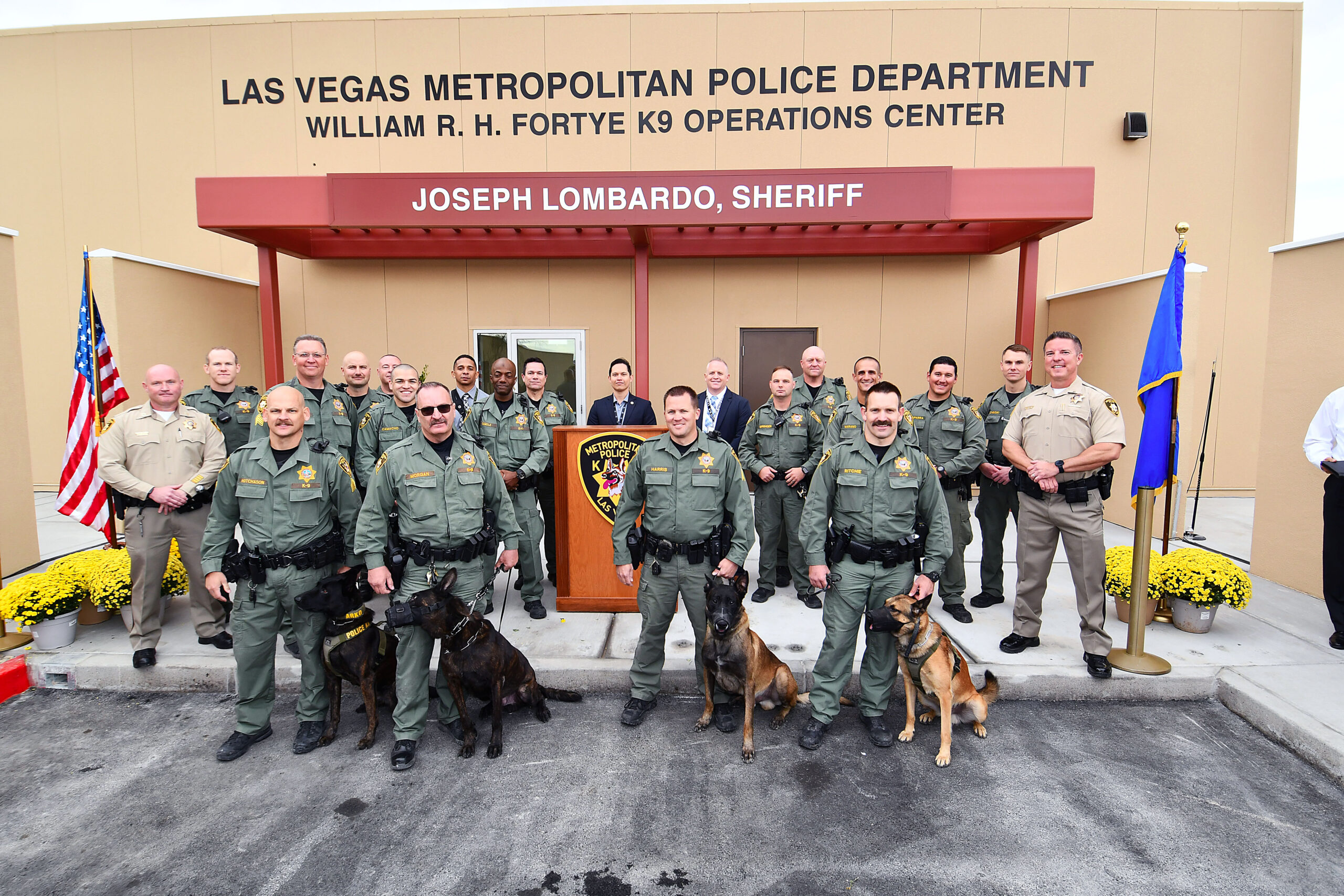 “We are extremely proud to play a role in bringing this facility to our property and support the ways Las Vegas Metropolitan Police Department protects our community,” said Ryan Growney, general manager of South Point Hotel, Casino & Spa.