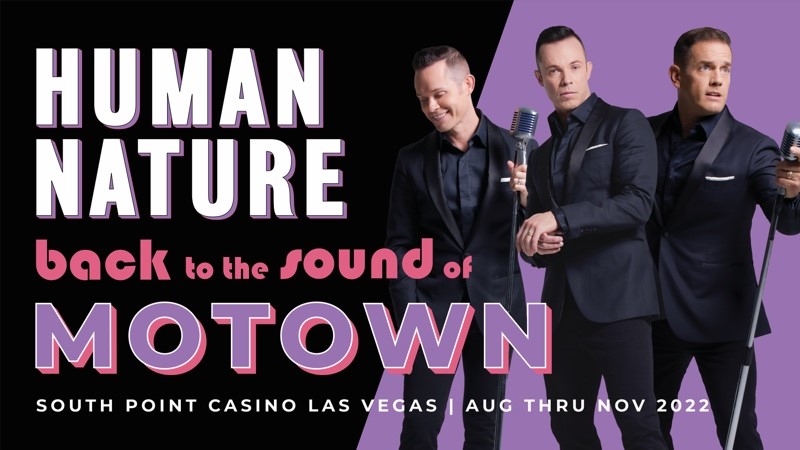 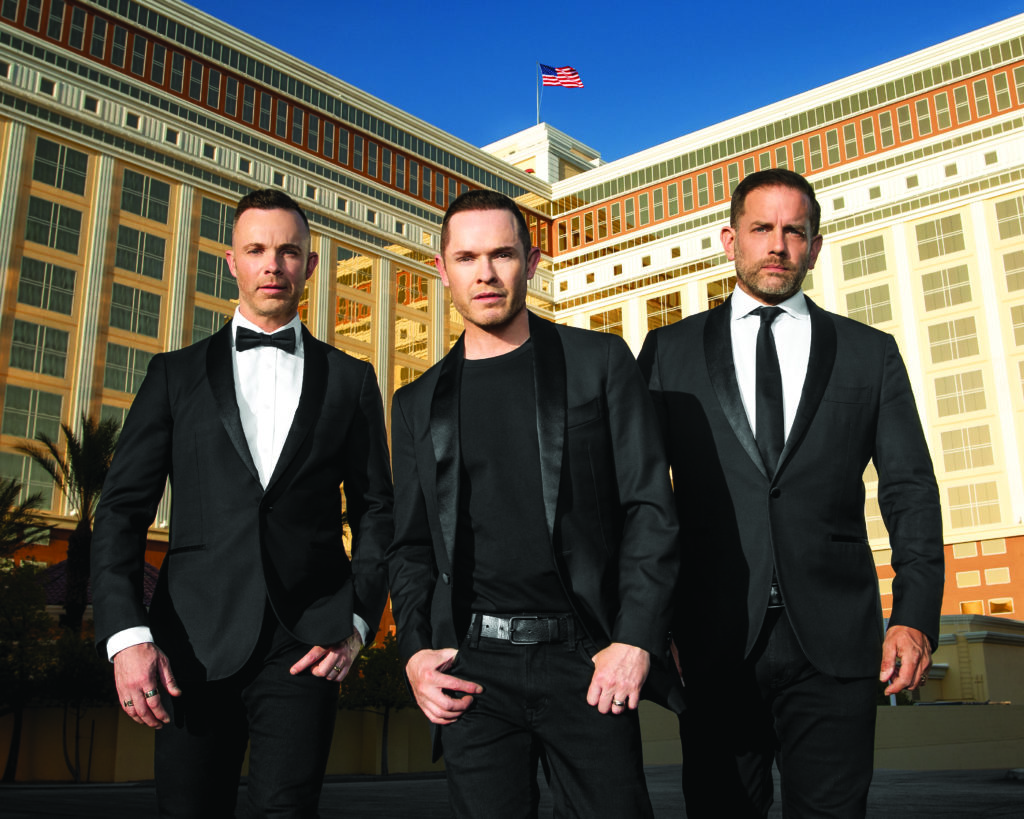 Human Nature, one of the world’s greatest pop vocal groups and a true Las Vegas success story announce their highly anticipated return to Las Vegas for 14 hit packed nights from August – November at the acclaimed Showroom at the South Point Hotel, Casino & Spa. For a limited engagement, they return to their soulful roots with their acclaimed interpretations of the Motown songbook. “Back to the Sound of Motown” will celebrate all the things the guys and their audiences love most, the greatest songs of all time with three of the greatest vocal harmony singers in the world. Tickets start at $40 (+ taxes and fees) and go on sale Friday, April 12 at 12 noon PT at www.ticketmaster.com.

Human Nature was first introduced to the United States by none other than the King of Motown himself, Smokey Robinson. The group’s Las Vegas Show run has become stuff of legend as this talented bunch of Aussies reimagine the classic groups and hit songs of Motown for a whole new generation and have played the famed Las Vegas Strip for over 11 years. Human Nature has decided to come back to the stage in Las Vegas in the beloved South Point Showroom so they can once again reach the international audience that visit the Entertainment Capitol of the World, but also the local fans who have taken the guys to their hearts. During the break from Las Vegas, the pop stars have continued to perform in their home country, Australia, to sold out audiences.

“We truly love Las Vegas, and we wanted our new residency to not only be a celebration of these timeless and unparalleled Motown songs, but it’s a return to the music that brought us here and we wanted to give back to the locals here who have been so unbelievably supportive of us for more than a decade,” said Andrew Tierney of Human Nature. “We look at is as unique gift to there, and us too, to be once again all be under one roof singing and dancing to these soulful hits all safely together once more.”

Human Nature’s “Back to the Sound of Motown” features the chart-topping three-piece harmony outfit, consisting of brothers Andrew and Michael Tierney and Toby Allen. This all-new show is custom designed around the state-of-the-art South Point Showroom and features an absolutely thumping live band and is a killer visual showcase.

“We are thrilled to welcome Human Nature and their adoring fans to our Showroom,” remarked Michael Libonati, Entertainment Director at South Point Hotel, Casino & Spa. “Their show is synonymous with Las Vegas, and we know fans new and old from around the world and locals will appreciate the showmanship and soulfulness of their lively performances.”

These limited residency performances at South Point will celebrate some of Motown’s chart-topping hits, as recorded on Human Nature’s best-selling Motown album. Including “Dancing in the Street,” “Ain’t too Proud to Beg,” “Reach Out I’ll Be There,” “Stop! In The Name of Love” plus other Motown classics that the guys have become synonymous with. Smokey Robinson’s proteges will also highlight some of their own legendary Australian pop hits and so much more.

HUMAN NATURE’S BACK TO THE SOUND OF MOTOWN

Tickets start at $40 (+ taxes and fees) and go on sale Friday, April 12 at 12 noon PT and can be purchased online at www.ticketmaster.com.

HUMAN NATURE are one of Australia’s greatest musical success stories and exports. The pop vocal group which features brothers Andrew and Michael Tierney together with high school best mate Toby Allen, have sold more than 2.5 million albums, earned 27 platinum awards, 18 top 40 hits and five top 10 hits worldwide. They have performed sell out shows around the globe since they signed with Sony Music Australia over two decades ago, a partnership that continues today.  Since arriving in Las Vegas in 2009 to commence an unprecedented residency for an Australian act, the pop-vocal group has garnered international critical acclaim.  The group’s Las Vegas residencies at the prestigious The Venetian Resort Las Vegas and previously at The Imperial Palace, with their critically acclaimed live shows, have celebrated in excess of 2,000 performances as Las Vegas resident headliners. The pop stars launched their new PBS television special “HUMAN NATURE: JUKEBOX – IN CONCERT FROM THE VENETIAN” December 2017. JUKEBOX follows the highly successful “Smokey Robinson presents HUMAN NATURE: The Motown Show” which clocked up over 1200 performances over a six year period. in 2021 Human Nature released an EP of all new original songs called “GOOD GOOD LIFE” They have a 63 date National Tour in Australia running from April thru July 2022. Highlights in Human Nature’s career to date include performing to a global audience at Sydney 2000, opening for Michael Jackson and Celine Dion at concerts around the world and, appearing on television in the USA on shows including The Talk, The Chew, Oprah and Dancing With The Stars, as well as their own PBS Special: Human Nature Sings Motown.  For further information, visit: http://www.humannaturelive.com.  Follow them on Twitter and Instagram @HumanNatureLive or on Facebook @HumanNatureBand.