Saturday night, actor and comedian Kevin Hart hosted the official HartBeat Weekend after party at Marquee Nightclub. Closing out and celebrating his weekend-long comedy takeover of Las Vegas, he arrived at a VIP table near the dance floor with a large group of friends. Fellow actor and comedian Damon Wayans Jr. joined the group as well. Later in the night, Hart took the stage and teamed up with Eric D-Lux who was manning the DJ booth to drop some of the biggest hip hop hits and sing along with the crowd. Hart spent the night heavily interacting with the crowd from the stage and off the stage as well as he was seen taking photos with fans throughout the night.

Also spotted at a VIP table at Marquee was Cooper Hefner, the youngest son of Playboy’s Hugh Hefner. In town celebrating his 23rd birthday, Hefner partied with a group of friends and girlfriend, actress Scarlett Byrne, best known for her role as Pansy Parkinson in the Harry Potter series.

In honor of the premiere of ‘Anna Nicole’ on Lifetime this week, below is a list of the modern-day Hollywood sugar babies who have been making a name for themselves, or staying relevant longer than anyone thought possible, with the help of their romantic partners. SeekingArrangement.com, leading online dating website for Sugar Daddies has released its list of the ‘Top Hollywood Sugar Babies of 2013’ with Anna Nicole Smith taking the top spot.

The following is a list of the ‘Top Seven Hollywood Sugar Babies of 2013’.

“Though Anna Nicole Smith tragically passed away six years ago, her stardom has reached a kind of notoriety, posthumously, that Kendra Wilkinson could only dream of,” says Brandon Wade, Founder & CEO of SeekingArrangement.com. “Unfortunately she was not in the right mindset to handle the life that this lifestyle allowed her, and she was taken before her time.Yet, she is a shining example of the success one can achieve with right benefactor by your side.”

Actor Eddie Cibrian and his wife LeAnn Rimes had dinner at N9NE steakhouse inside the Palms Casino Resort on Monday night. The couple enjoyed the beet salad and the Ribeye and for desert red velvet cupcakes. Eddie who will star in the NBC show “The Playboy Club” hung out in the Playboy Club after dinner where they sat at Hugh Hefner’s table. 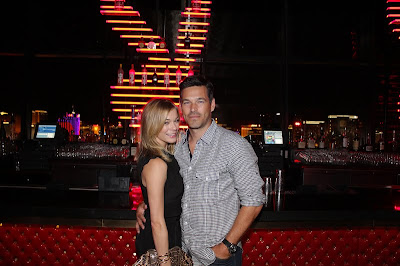 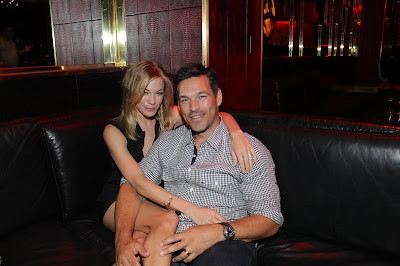 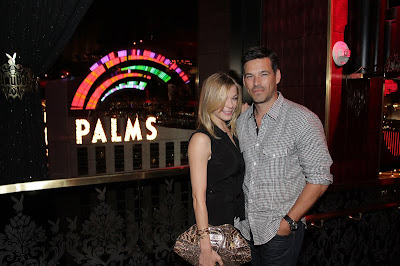 Hugh Hefner Hosts the Return of Ditch Fridays at Palms Pool &
Bungalows, May 6

WHAT: After recently celebrating his 85th birthday, Playboy founder and legend Hugh Hefner, along with fiancée Crystal Harris return to Palms Casino Resort to host the season premiere of Ditch Fridays at Palms Pool & Bungalows Friday, May 6. Later that evening, Hefner and Harris will celebrate Playmate of the Year 2011 during a private cocktail reception inside Moon Nightclub.

Additional guests to join Hefner, Harris and Playboy Playmates for 2011 Playmate of the Year party

George Maloof, president and owner of Palms
Hope Dworaczyk, Playmate of the Year 2010 currently on the hit show, The Apprentice
Bridget Marquardt, model, actress and TV personality (The Girls Next Door and Bridget’s Beaches)
Jayde Nicole, Playmate of the Year 2008 and TV personality (The Hills and Holly’s World)
Anna Berglund, Playboy Playmate, January 2011

Phillipe and David Blond, designers behind the label THE BLONDS and famous for dressing some of today’s hottest celebrities, including Beyonce, Lady GaGa, Sarah Jessica Parker and this year’s Playmate of the Year

The Playmate of the Year Party in Moon Nightclub is a private, invite-only event. The official after-party kicks off at 10 p.m. and is open to the public, 21 years of age and older. Admission starts at $40 per person, local ladies are free. For additional information visit www.moonlv.com.

Complimentary 3-Day All Access good for entry to all the Palms Clubs and the Palms Pool for this weekend May 6, 7, 8!

Ladies, party with us this weekend!
This Friday Hugh Hefner and ALL twelve 2010 Playboy Playmates are coming to Palms Casino Resort to celebrate the launch of Ditch Fridays at Palms Pool!
The Palms Pool is hooking ladies up with complimentary 3-Day passes to party at all the Palms pools and clubs! Sign-up to get yours here: http://n9negroup.com/ditchladies/ 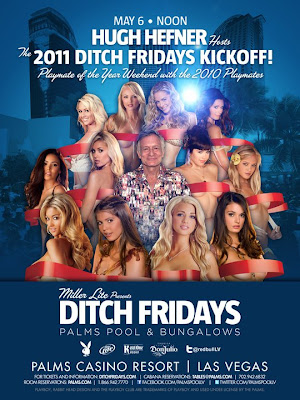