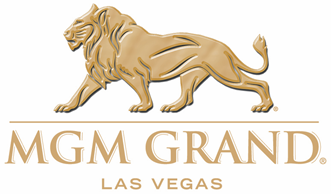 Brad Garrett’s Comedy Club at MGM Grand to Host The Main Event of The World Series of Comedy in Las Vegas Saturday, September 17

For the first time ever, Brad Garrett’s Comedy Club at MGM Grand will host The Main Event of The World Series of Comedy (WSOC) for the competition’s semifinal and final rounds scheduled Saturday, Sept. 17 at 6 p.m. and 8 p.m., respectively. The WSOC is an annual stand-up comedy festival that takes place in a dozen cities around North America with more than 500 comics battling to be crowned the comedy champion.

Out of the top 101 comedians competing in The Main Event, the top six will perform during the semifinals at 6 p.m., with the top three advancing to the final round at 8 p.m. Tickets starting at $35 (not including applicable taxes and fees) are now on sale and can be purchased online at mgmgrand.com or at any MGM Resorts International box office.

The WSOC is the world’s largest touring comedy festival and 2022 marks The Main Event’s 13th anniversary. It is best described as a contest, festival, networking event and job fair all wrapped into one. Comedy club owners and bookers serve as judges of the contests, instructors in classes and panelists in discussions. Prizes include paid gigs at comedy clubs throughout North America and a record contract.

“The greatest accomplishment of The WSOC is seeing the comics earn work based upon their performances and participation in the festival,” said Joe Lowers, The WSOC creator and CEO. Lowers’ goal from the beginning has been to help comedians increase their exposure to industry professionals, helping them further their careers.

The festival can be a big springboard for a comedian’s career, as 2022 Champion Wyatt Cote said, “The World Series of Comedy has been a steppingstone for many of the best working comics in America who can now be seen on Netflix, Comedy Central, ‘America’s Got Talent’ and more. Winning this event landed me on the news, helped sell out a number of my shows, and provided me the chance to tour all over the country. Of all the events I’ve done, none have provided me more opportunity for exposure than this one.”

ABOUT THE WORLD SERIES OF COMEDY

The founder and CEO of The World Series of Comedy, Joe Lowers, saw a gap in the comedy industry while touring the country as national headliner in the late 1990’s and early 2000’s. Many of the performers he shared the stage with on the road found it difficult to get a footing outside of their own home cities. After setting up a residency and running his own showroom in Las Vegas, he decided to create an event with the goal of connecting comedians around the country with decision makers in the comedy industry. The World Series of Comedy is dedicated to creating the best environment possible for exposing high caliber stand-up comedians to comedy industry insiders. Over the past 13 years, more than 5,000 comedians from around the world have participated in the event. For more information, visit theworldseriesofcomedy.com or find us on Instagram, Facebook and Twitter.