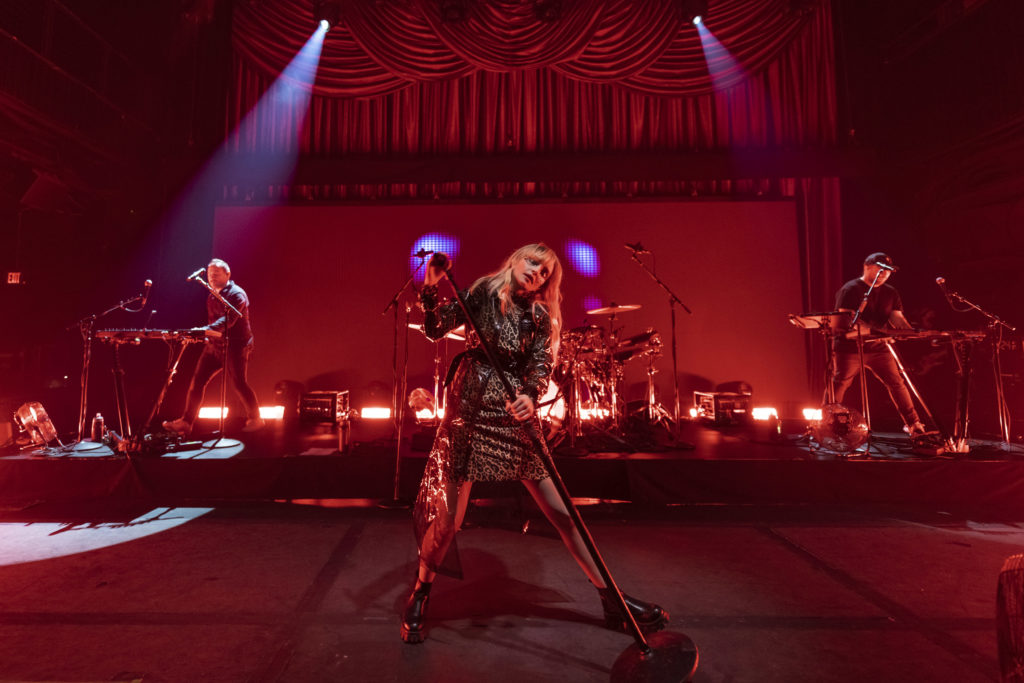 Hundreds of fans gathered at The Bowl to catch the live show, where the group performed their chart-topping hits new and old. Abstract neon visuals displayed on a massive screen behind the group as lead singer Lauren Mayberry changed her outfit three times – telling a story throughout the concert while paying homage to their Glaswegian punk roots.

The crowd got a taste of hits “California” and “Good Girls” from their latest release, but fans lit up, clapping and singing along to fan-favorites like “Never Say Die.” Following an hour-long set, the group rejoined on-stage for an encore performance of “Asking for a Friend,” “The Mother We Share,” and “Clearest Blue,” before the room erupted in applause as they bid farewell. 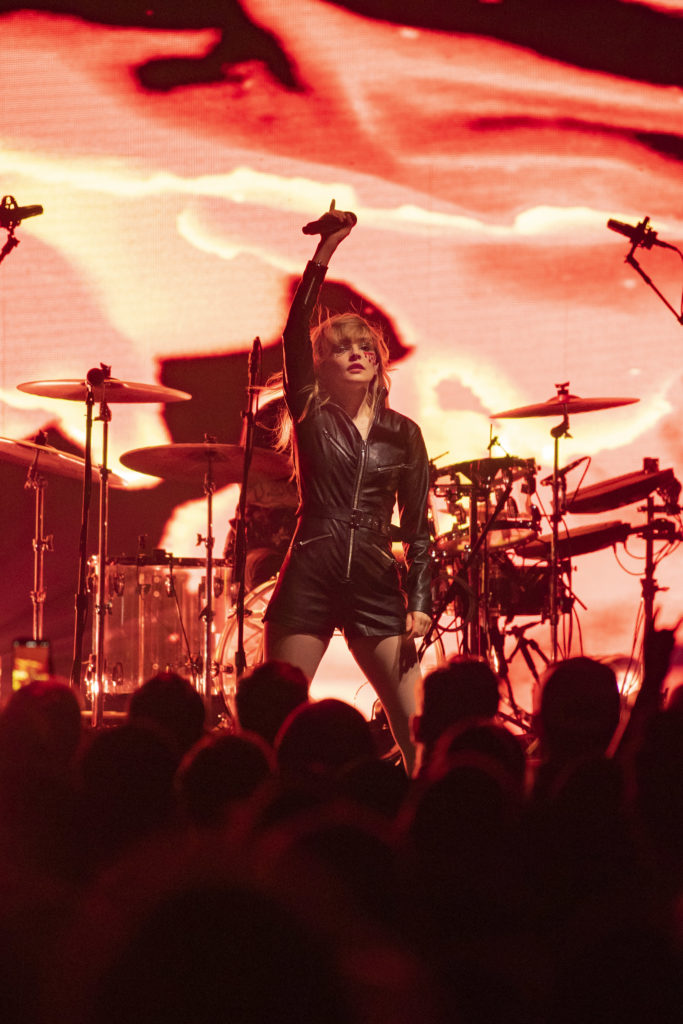 Brooklyn Bowl Las Vegas, the brand’s second location out of Williamsburg, Brooklyn, boasts three levels spanning over 80,000 square feet as one of the largest performance venues of its class in America. Located on The LINQ Promenade, the open-air district in the center of the Las Vegas Strip, the indie concert venue and premiere bowling alley offers 32 lanes of bowling, six on-site bars and rockin’ comfort food, including their iconic Fried Chicken as seen on Food Network’s “The Best Thing I Ever Ate.” On any given night, more than 2,000 concertgoers can enjoy an impressively eclectic live music lineup from the roomy-yet-intimate general admission area, the stage-adjacent luxury bowling lanes, or the top-level private lounge boxes. Since opening in March 2014, Brooklyn Bowl Las Vegas has hosted next-level performances by Bryson Tiller, Jack White, Disclosure, Alabama Shakes, Chance the Rapper, Phoenix, Robert Plant, Khalid, The Roots, Post Malone, Jane’s Addiction and more.