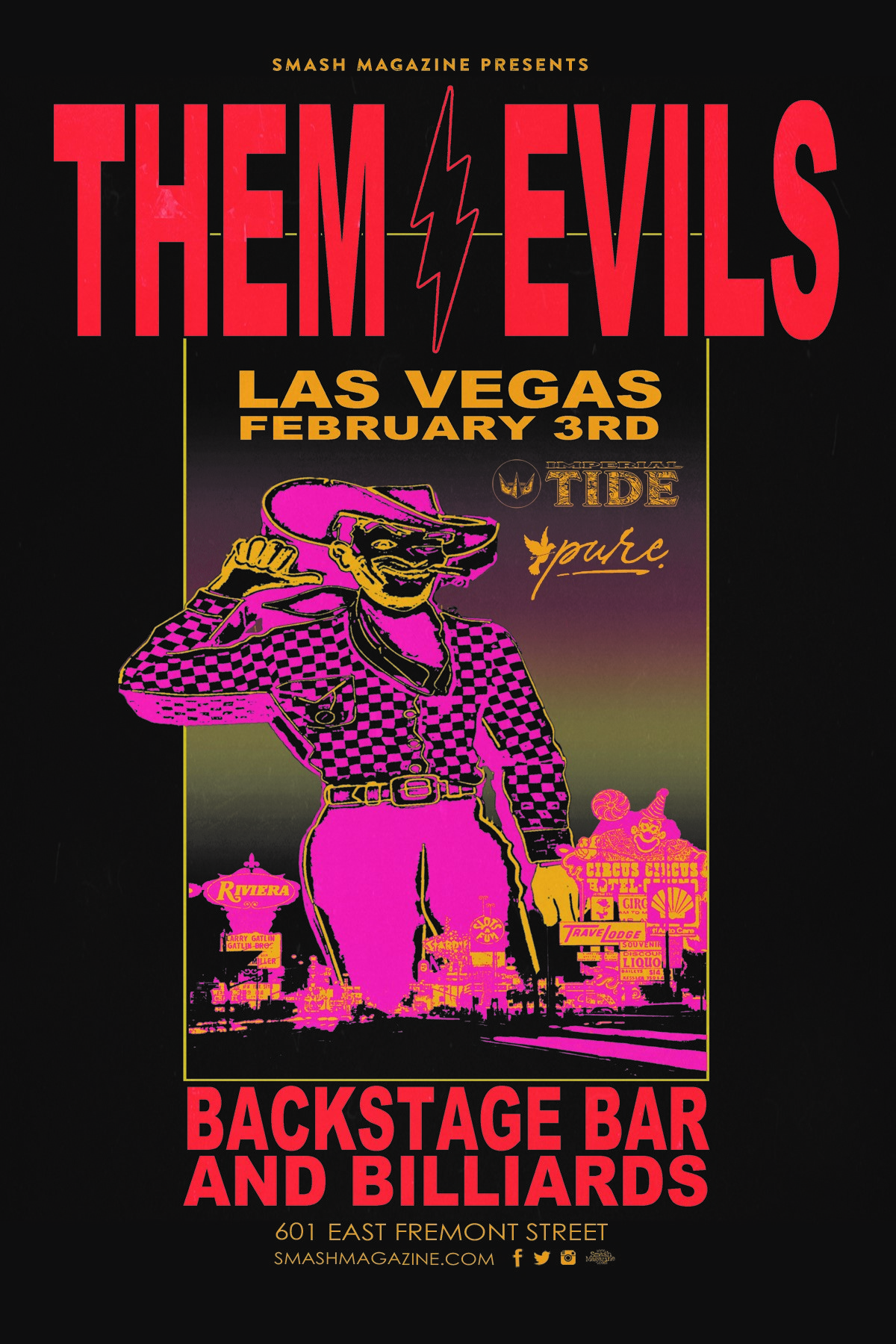 Southern California’s Them Evils brings “Classic Rock, Modern Roll” to Downtown Las Vegas for a performance at Backstage Bar & Billiards (601 E. Fremont St.). Presented by Smash Magazine, Them Evils will perform Friday, Feb. 3, 2023. Tickets start at $12 plus applicable fees and are on sale now. Tickets are available for purchase at www.smashmagazine.com or www.eventbrite.com.  Guests must be 21 years or older and doors are at 8 p.m.

THEM EVILS’ signature sound of ‘Classic Rock, Modern Roll’ has rumbled from festival stages such as Shiprocked, Welcome To Rockville, Rock On The Range and Carolina Rebellion, to clubs and venues across the nation where they’ve been seen supporting acts including Zak Sabbath, The Pretty Reckless, Alter Bridge, Pop Evil, Of Mice and Men, The Black Moods and He Is Legend following the release of their acclaimed 2018 EP Rollin’ Stoned and Livin’ Free.

The vintage boxing-themed music video for “Remember My Name” was seen premiered yesterday (9/29) via antiMusic who described the track as “continu(ing) the trio’s tradition of bringing old and new school rock together into an infectious timeless sound that is all their own and is a riff-driven song that fans won’t soon forget.”

With live events on halt over the past year and a half, the band released four singles which showcased their diversity in songwriting including the hit “Where Ya Gonna Crash Tonight?” and their most recent single “OVRDRVE” featuring Kevin “Thrasher” Gruft (Escape The Fate, Machine Gun Kelly).