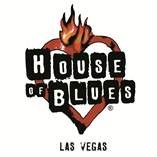 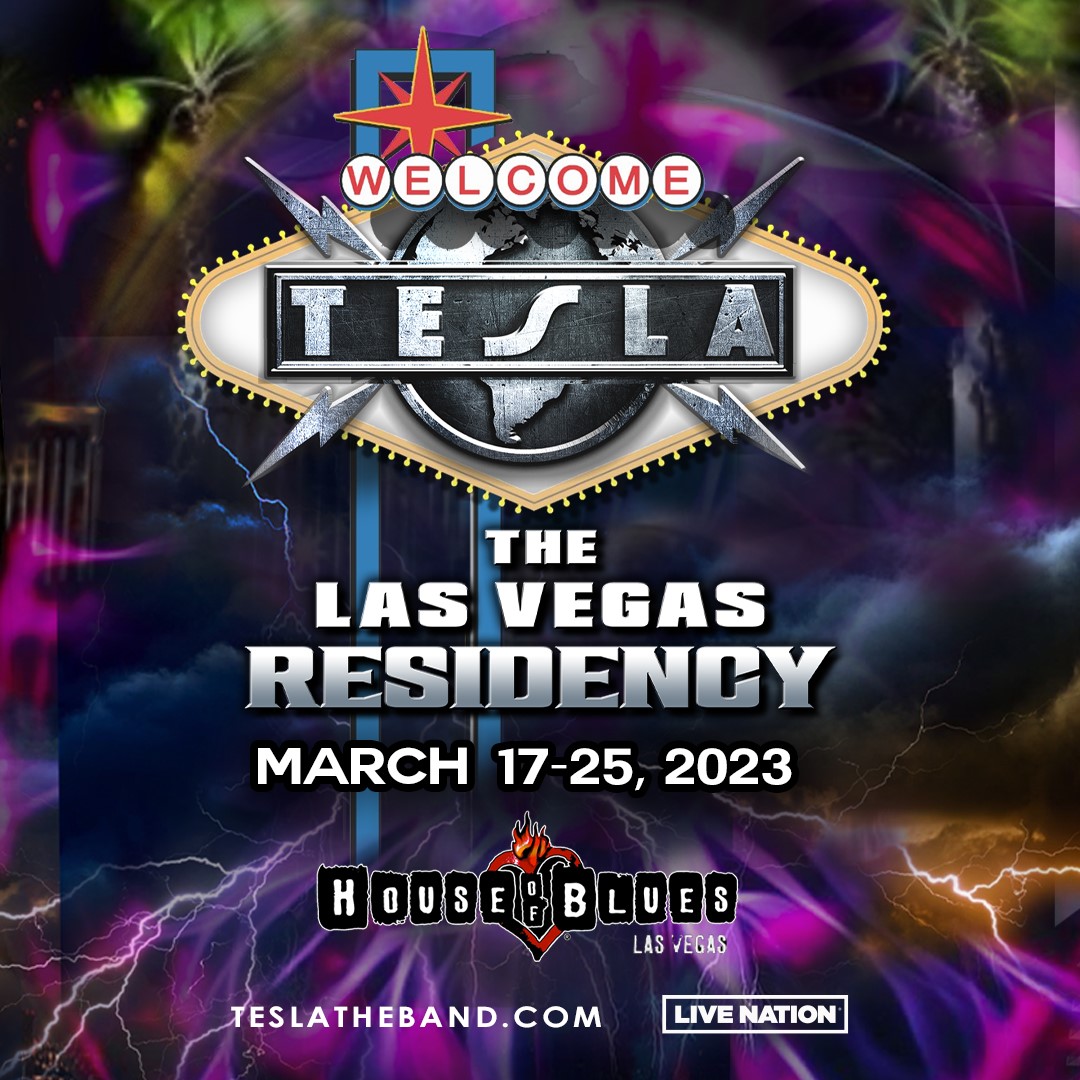 Legendary rockers TESLA are returning to Las Vegas for a special five-night residency, in celebration of their 36 years of entertaining rock audiences around the world. Kicking off Friday, March 17, 2023 at 8:30 p.m. inside House of Blues Las Vegas at Mandalay Bay Resort and Casino on the famed Las Vegas Strip, tickets for TESLA: The Las Vegas Residency start at $59.50 plus applicable fees and go on sale Saturday, Oct. 1, 2022 at 10 a.m. PT.

During their exclusive five-night run of shows, TESLA will touch all sides of their unique discography including the heavier edge of electric songs like “Modern Day Cowboy”, “Hang Tough” and “Edison’s Medicine”, as well as their acoustic driven songs such as “Signs” and “Love Song” (two Top 10 Billboard charting hits).

“We are very excited to be able to perform consecutive nights residing at the same venue because we plan to dig into our catalog and change up our set lists for each show,” said Frank Hannon, TESLA lead guitarist. “This will make it interesting for our loyal fans who will attend in the spectacular city of Las Vegas!”

“We, in TESLA, are very excited to be doing our very first ever residency in Las Vegas, of all places, where Elvis did his residency,” said Brian Wheat, TESLA bassist. “We look forward to bringing the legacy of TESLA’S music to you all!”

Tickets for TESLA: The Las Vegas Residency at House of Blues Las Vegas start at $59.50 plus applicable fees plus applicable fees and go on sale for the public Saturday, Oct. 1 at 10 a.m. PT. Tickets are available by visiting HouseofBlues.com/LasVegas, MandalayBay.com, Ticketmaster.com or by calling 702-632-7600. Citi is the official pre-sale credit card of TESLA’s residency at House of Blues Las Vegas. As such, Citi cardmembers will have access to purchase pre-sale tickets Wednesday, September 28 at 10 a.m. PT until Friday, September 30 at 10 p.m. PT through Citi Entertainment. For complete pre-sale details visit www.citientertainment.com. House of Blues, Live Nation and Ticketmaster pre-sales begin Thursday, Sept. 29 at 10 a.m. PT. 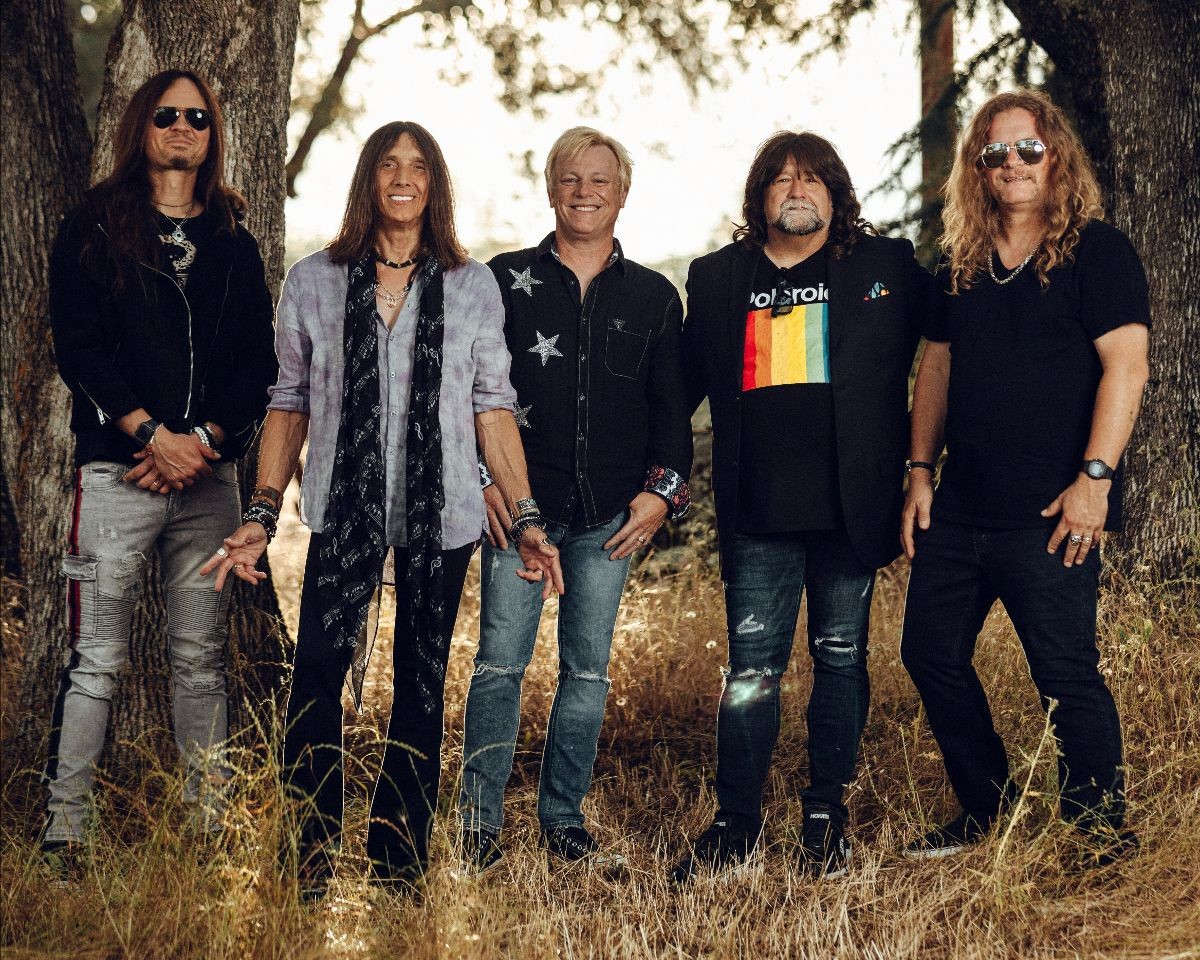 About TESLA
That they are still roaring and soaring should be no surprise. That’s just how they are built. TESLA may have been born in the mid-80s, but their bluesy, soulful sound is strongly embedded in the roots of organic, authentic, 1970s rock and roll. The same roots that produced bands like The Allman Brothers, Grand Funk Railroad, AC/DC, Lynyrd Skynyrd, and Aerosmith.

The ground started shaking in Sacramento, CA, in 1984; gold country that would soon be producing some platinum. They started out as City Kidd, until a suggested name change to TESLA, honoring the eccentric inventor Nikola Tesla who pioneered all things electrical. Their 1986 platinum debut album, Mechanical Resonance, included Top 40 hits “Modern Day Cowboy” and “Little Suzi.” 1989’s double-platinum The Great Radio Controversy included hits “Heaven’s Trail (No Way Out)” and “Love Song”. Suddenly, TESLA, who had been touring with bands such as Def Leppard and David Lee Roth, earned headlining status. In 1990, TESLA helped reshape the face of modern rock music by stripping down to the Five Man Acoustical Jam, an informal collection of their biggest hits peppered with rock and roll classics by the Beatles, Stones, and others. This album produced their biggest hit single to date, a cover of Five Man Electrical Band’s “Signs.” Other 90s albums from Tesla include platinum selling Psychotic Supper and Bust a Nut. The band continues to record and release material including 9 new albums since 2000 and recently debuted their new single, “Time To Rock!”