“A DECADE OF DELICIOUSNESS:
MARIO AND FRIENDS CELEBRATE CARNEVINO”

TO HOST A GRAND DINNER 10th ANNIVERSARY PARTY, SATURDAY, DEC. 9 AT THE VENETIAN

On Saturday, Dec. 9, Chef and Restaurateur Mario Batali will host “A Decade of Deliciousness: Mario and Friends Celebrate Carnevino,” the unforgettable dining event to commemorate the 10th anniversary of Carnevino Italian Steakhouse at The Palazzo Las Vegas. Beginning with cocktails served at 7 p.m. in the Taverna, this elaborate, 5-course meal will feature dishes prepared by Batali and his closest friends.

“This will be an evening worthy of this milestone anniversary,” says Batali. “The celebration will showcase our team’s commitment to excellence while creating the most memorable culinary experiences anywhere. I am looking forward to seeing my friends and our beloved guests this December in Las Vegas.”

Joining Batali will be: 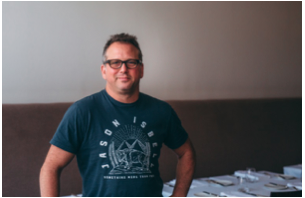 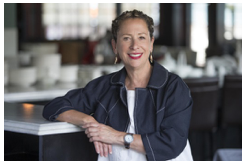 Nancy Silverton: The recipient of numerous James Beard Foundation awards, she is the only chef to be named both “Outstanding Chef” and “Outstanding Pastry Chef.” In 2014, she was listed as one of the “Most Innovative Women in Food and Drink” by Fortune and Food & Wine magazines. She is credited for popularizing sourdough and artisan breads in the United States. She is currently based in Los Angeles. 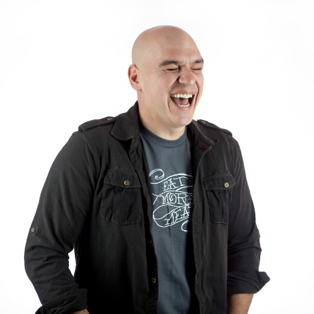 Michael Symon: Batali’s co-host on ABC’s, “The Chew,” Symon is known for his exuberant and approachable cooking style. Symon has appeared on several Food Network shows and is the author of four best-selling cookbooks. In 2009, he earned the James Beard Foundation award for “Best Chef: Great Lakes.”

Each chef will incorporate seasonal ingredients, such as white truffles flown in from Alba, Italy, into their respective dishes. Extraordinary Italian wine selections, such as Barolo and Brunello, will complement the meal. The full menu will be announced later this month.

This culinary experience is $380 per person, inclusive of wine pairings, taxes and gratuity. Seating is extremely limited; guests are encouraged to reserve their spaces early. The best way to experience Carnevino’s 10th anniversary celebration with Mario Batali will be to stay overnight. Suite packages at The Venetian or The Palazzo start at $509 per night (based on a 2-night stay) and include two tickets to the Dec. 9 dinner. For more information, please visit www.venetian.com/carnevino10thanniversary.

Routinely ranked on “Best Steakhouse” lists since opening in 2007, Carnevino has accumulated countless accolades and hosted hundreds of celebrations and special events. In 10 years, Carnevino has amassed an impressive list of statistical achievements including:

ABOUT CARNEVINO ITALIAN STEAKHOUSE
Carnevino Italian Steakhouse at The Palazzo (“carne” indicating the highest quality steaks and “vino” for extraordinary wines) is Mario Batali and Joe Bastianich’s interpretation and celebration of the classic steakhouse presented in their signature Italian style. The finest beef, superior ingredients and world-renowned wine list make award-winning Carnevino the premiere destination for steak lovers. All steaks are dry-aged in Las Vegas then rubbed with sea salt, black pepper and fresh rosemary to achieve otherworldly tenderness and flavor. Furthermore, porterhouses and ribeyes are aged a minimum of 90 to 120 days, well beyond industry standards. Carnevino also offers organic veal, Colorado lamb, Heritage Foods pork, handmade pastas, classic antipasti and side dishes inspired by the street food of Naples. For more information, like on Facebook or follow on Twitter and Instagram (@Carnevino). Click here to download high-res photos.

The resort features more than 2.25 million square feet of meeting and convention space, including the Venetian and Palazzo Congress Center and the famed Sands Expo Convention Center.

A Portion of Each Multi-course, Prix-Fixe Menu to Benefit Three Square Food Bank

Batali & Bastianich Hospitality Group (B&BHG) announces this year’s collection of menus for Restaurant Week taking place June 19 to June 30. All four of its restaurants – B&B Burger & Beer at The Venetian; B&B Ristorante at The Venetian; Carnevino Italian Steakhouse at The Palazzo and OTTO Pizzeria e Enoteca at The Venetian – will participate, offering multi-course, prix-fixe menus with a portion of each meal sold to be donated to Three Square Food Bank.

For each of the menus, guests can select one option from each course:

Sandwiches (all entrées accompanied by fries)

*Prices do not include beverages, gratuity and service charges.

ABOUT LAS VEGAS RESTAURANT WEEK AND THREE SQUARE
Las Vegas Restaurant Week began in 2007 as a way to give locals and tourists the opportunity to help out by dining out. Proceeds from Restaurant Week benefit Three Square, Southern Nevada’s only food bank. Three Square currently distributes more than 40 million pounds of food and grocery product – the equivalent of more than 33 million meals – per year to more than 1,300 community partners including nonprofit and faith-based organizations, schools and feeding sites throughout Southern Nevada. Three Square is a member of the Feeding America network of food banks. For additional information visit threesquare.org or helpoutdineoutlv.org.

At one time, lobsters were primarily served to prisoners and considered a poor man’s meal. Today, lobster is considered a high-priced delicacy, often served steamed or broiled with drawn butter. Here are two dishes with an Italian twist:

NYE Tasting Menu for $250 per person

NYE Menu Tradizionale for $165 per person

Chefs Tasting Menu for $195 per person

Menu Tradizionale for $165 per person

Prix Fixe Menu for $135 per person

Prefisso Menu for $75 per person and is available for early celebration until 5:30 p.m.

“Our New Year’s Eve menus are all about celebration, celebrating the triumphs of the year we leave behind and looking forward to prosperity in the New Year,” said Chef Jason Neve. “It should all end and start with a fabulous feast amongst family and friends, as is the Italian tradition. This is what our menus are all about, we search for special ingredients to make the night memorable and create wonderful family style dishes for the whole table to share.”

Mario Batali, Joe Bastianich and Lidia Bastianich are the distinctive forces behind B&B Hospitality Group: an eclectic group of critically acclaimed, unanimously adored restaurants in New York, Las Vegas, California, Singapore and Hong Kong. What started as a small cadre of downtown Manhattan staples has expanded to an international fleet of neighborhood favorites. Each restaurant offers its own culinary identity but has a signature combination of thoughtful and memorable food, intelligent wine lists, and an emphasis on living life to its absolute fullest. For more information visit www.bandbhg.com.